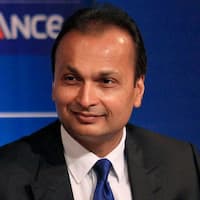 Anil Ambani is a businessman from India. He served as chairman of Reliance Group, which was formed in July 2006 as a result of a demerger from Reliance Industries Limited. He is the CEO of several publicly traded companies, including Reliance Capital, Reliance Infrastructure, Reliance Power, and Reliance Communications.

How old is Anil Ambani? -Age

Anil Ambani is the younger son of Dhirubhai Ambani, the founder of Reliance Industries, and Kokilaben. Ambani is Mukesh Ambani‘s younger brother, and he has two sisters, Nina Ambani Kothari and Dipti Ambani Salgaocar. He received his Bachelor of Science degree from Kishinchand Chellaram College and his Master of Business Administration from the University of Pennsylvania’s Wharton School in 1983. He is the borther in law of Nita Dalal Ambani.

Dhirubhai Ambani died in 2002 without leaving a clear succession plan. After Anil Ambani and his brother Mukesh fought, their mother Kokilaben intervened and divided the family’s businesses between the two brothers.

He is married to Tina Munim, an Indian actress, and they have two sons, Jai Anmol Ambani and Jai Anshul Ambani.

He has an estimated net worth of $42 billion.

Anil received stakes in the Reliance Group, which has interests in telecom, entertainment, finance, power, and infrastructure. Ambani is also credited with India’s largest IPO, that of Reliance Power, which was subscribed to in less than 60 seconds in 2008, the fastest in Indian capital markets history to date.

Ambani made his debut in the entertainment industry in 2005 when he purchased a majority stake in Adlabs Films, a company involved in film processing, production, exhibition, and digital cinema. In 2009, the company was renamed Reliance MediaWorks. In 2008, Ambani’s entertainment business was launched on a global scale with a $1.2 billion joint venture with Steven Spielberg’s production company DreamWorks.

He helped to produce several Spielberg films, including the Academy Award-winning Lincoln. He became known as one of the most ruthless destroyers of shareholder wealth in the last century, with the combined group market cap falling by 90% since the formation of the Reliance ADA Group.

In early 2019, a Mumbai court found Ambani in criminal contempt for failing to pay a personally guaranteed debt owed by Reliance Communications to Swedish equipment maker Ericsson. Instead of jail, the court gave him a month to raise the funds. Mukesh Ambani, Ambani’s elder brother, bailed him out at the end of the month.