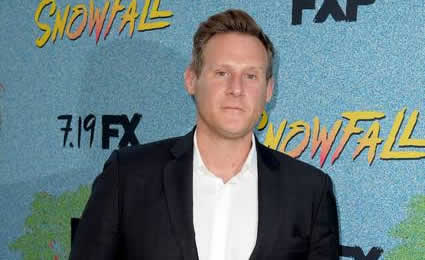 Who is Trevor Engelson?

Trevor Engelson is a film director, producer as well as a talent agent from the United States. His work in film and television shows includes him as a producer in the film Remeber Me (2010).

How old is Trevor Engelson? – Age

Engelson went to John L. Miller Great Neck North High School for his education and later went to Los Angeles and joined the University of Southern California to study journalism.

Engelson and the Duchess of Sussex were once married. The former couple met and began a relationship in 2004. On 10th September 2011, Meghan and Engelson got married at the Jamaica Inn in Ocho Rios, Jamaica. Eighteen months later, they got separated and in August 2013, they were granted a no-fault divorce, citing irreconcilable differences. Meghan later dated and married to Prince Harry, making Trevor gain media attention for his previous marriage to Markle.

As of mid-2019, Engelson is married to Tracey Kurland, a dietitian. The couple began dating in November 2017 and on 1st June 2018, they tied the knot. Prior to his second marriage, Trevor dated Bethenny Frankel of The Real Housewives of New York City.

After college, Engelson began a career as a production assistant and later moved into talent management before founding his own production company, Underground, in 2001. As a producer, he has worked on several films and television shows. These include Remember Me, Outpost 37, License to Wed and All About Steve. He also produced the series Snowfall. In 2018, Engelson was set to start work on a fictional drama for Fox Broadcasting about a British prince.