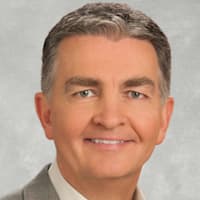 Todd Davis is a businessman from the United States known as the co-founder of LifeLock, a Tempe, Arizona-based identity theft protection company that Symantec acquired in 2019.

How old is Todd Davis? – Age

Davis and Robert J. Maynard launched LifeLock, a personal fraud prevention company, in 2005. Davis has been the CEO of LifeLock since its inception. Davis used his social security number on billboards and advertisements as part of a marketing campaign to sell his company’s credit monitoring services. As a result, between 2007 and 2008, he was the victim of at least 13 incidences of identity theft, contradicting LifeLock’s assertions that its services protect users from identity theft and fraud. The Federal Trade Commission fined the corporation $12 million for fraudulent advertising, comparing Davis and LifeLock marketing to “con artists.”

In 2010, the company was placed eighth on the Inc. 500 list. Davis took the company public in 2012. LifeLock has over 3 million subscribers and 700 staff by 2014. Davis resigned as CEO of LifeLock in January 2016, becoming executive vice chairman of the Board of Directors on March 1, 2016. In February 2017, LifeLock merged with Norton LifeLock, a Symantec company.

Davis is the author of FranklinCovey’s next book, Get Better: 15 Proven Practices for Building Effective Relationships at Work, which is available for pre-order now and will be released on November 7. He is also a co-author of Talent Unleashed: 3 Leadership Conversations to Unleash People’s Unlimited Potential.

Davis is a frequent conference and another event speaker. He spoke at the Startup America Summit in Phoenix, Arizona in April 2013, as well as the Silicon Desert December Meetup, and the company also hosted a free Identity Theft Summit for local law enforcement officers in Arizona. Davis spoke at the South by Southwest 2014 Online Privacy: Nuclear Meltdown or NextGen Fuel debates. He was chosen to speak at the 2014 Global Ethics Summit and to take part in the Phoenix Business Journals Inside the Reporter’s Notebook event in 2014.

Davis has provided identity theft protection advice to individuals in Forbes Magazine and HuffPost (previously The Huffington Post). Davis contributes to Conquer Paralysis Now through LifeLock and serves on the board of directors. The charity, which was established in 2001, strives to develop a cure for paralysis. He serves as an honorary advisor for the National Organization for Victim Assistance and as a member of the BioAccel honorary board. He is also a member of the Boys & Girls Club of Greater Phoenix’s board of directors.

In 2009, Davis was named Ernst & Young Entrepreneur of the Year for Top Emerging Company in Orange County and Desert Cities. In 2009, he was named one of Arizona Business Journal’s 25 Most Admired CEOs and received CRM Magazine’s Service Elite Award, the Arizona Business Leadership Association’s Leadership Award, and was named one of CRM Magazine’s Service Elite Award recipients.

He has an estimated net worth of $28.7 Million.