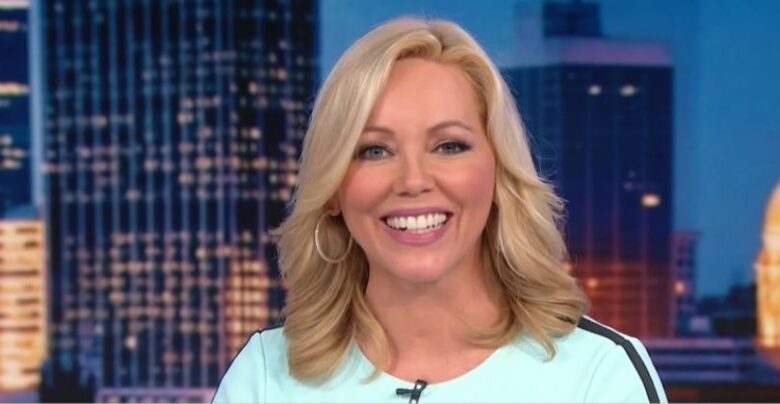 Rosemary Church is an award-winning Australian-Irish journalist working at CNN as an anchor of the 2-4 a.m. ET edition of CNN Newsroom based at the network’s world headquarters in Atlanta. She can be seen anchoring the CNN Newsroom in Europe, Africa, and the Middle East in the morning, and throughout Asia and Australia throughout the afternoon. From 0700-0900 GMT/0200-0400 ET on CNN International, her shows air Monday through Thursday.

In 1995, Rosemary married Patrick O’Byrne, an Associate Professor in the School of Nursing at the University of Ottawa and a Ph.D. holder scholar. The couple has three children; Madeleine O’Byrne, a Pianist Hannah O’Byrne, an athlete and a prominent speaker, and James O’Byrne, a footballer. They also have a dog named Dexter.

Church has anchored many major world events since joining CNN in 1998 and interviewed numerous commentators and newsmakers. She was on the air when news broke of Osama bin Laden’s death, and it was during her show that news broke of an earthquake—and a potential tsunami—in Japan, resulting in many hours of live coverage as the disaster unfolded.

Most recently, she anchored the network’s coverage of the rescue attempts of the 12 boys and their coaches trapped in a Thai cave and the deadly school shooting in Parkland, Florida, interviewing survivors of students who called for an end to gun violence in America. In Guatemala, she also covered the disaster of the Fuego Volcano, the Singapore summit between the U.S. President Trump and Kim Jong Un of North Korea, the deadly chemical attack in Douma, Syria, and the migrant crisis in Europe.

Church and her colleagues, Nick Paton Walsh, and Phil Black, received the coveted Golden Nymph Award for Best 24 Hour News Program at the Monte Carlo Television Festival in 2014 for their coverage of Ukrainian unrest, which involved a deadly shooting during anti-government demonstrations in Kiev’s Independence Square. At the Association for International Broadcasting (AIB) awards for the same coverage, they also picked up the Best Short News Story category.

She also contributed to the 2006 Edward R. Murrow Award from CNN for network coverage of the conflict between Israel and Hezbollah. Church spent five years as the Senior Anchor with Australia’s first international satellite news channel, Australia Television (ATV), before joining CNN, when she moved to Asia, also reporting reports for ATV and the Australian Broadcasting Corporation (ABC) Foreign Correspondent network. While at ATV, Church received a TV programming award from the New York Festival for coverage of the 1997 Hong Kong Handover to China.

Church began as a reporter and anchor for the State of Tasmania’s main evening news bulletin on ABC TV in 1991, where she also anchored the summer version of ABC TV’s World at Noon show. Church spent five years with the National Media Liaison Service at Parliament House, Canberra, while also anchoring weekend news bulletins on Channel Ten’s news service. She served as a publicity officer and speechwriter for a Federal Parliament member in 1984.

How much does Rosemary Church earn? – Net Worth

She earns an annual salary of $300 thousand. She has an estimated net worth of 8 million dollars.