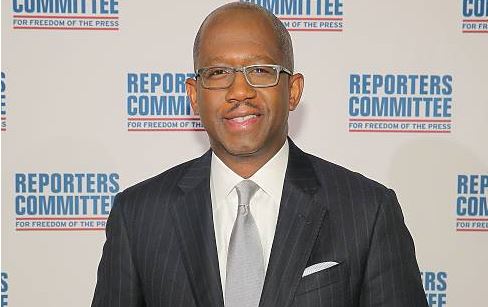 Pierre Thomas is an Emmy Award-winning journalist from the United States of America working as the Chief Justice Correspondent for ABC News. He contributes to several ABC News platforms that include “Good Morning America,” “World News Tonight with David Muir,” “Nightline,” “This Week with George Stephanopoulos” and ABC News Radio.

How old is Pierre Thomas? – Age

Thomas is the youngest of five siblings born to a traditional family in southern Virginia, consisting of a factory worker’s father and a homemaker’s mother.

Thomas is married to Allison Thomas since 1998, after meeting at a friend’s wedding. Their son Nathaniel Charles Thomas, was diagnosed with Autism in his childhood.

In November 2000, he joined the network and broadcast on “World News Tonight with David Muir,” “Good Morning America,” “Nightline,” “This Week with George Stephanopoulos” and all channels, including ABC News Radio and digital.

Thomas was a core member of the ABC correspondent team reporting the September 11 terrorist attacks and continues to write on all facets of the aftermath of those attacks. The coverage of the 9/11 tragedy by the network was generally accepted for its excellence, earning the coveted Peabody and Alfred I. University DuPont-Columbia Honors and an Emmy Nomination. Thomas also took part in a broadcast of “World News Tonight with Peter Jennings” which won the 2005 Edward R. Murrow Award for best newscast. As part of the team coverage of the election of President Barack Obama, Thomas won an Emmy Award in 2009 and was awarded his Pinnacle Award by the Houston Association of Black Journalists in 2011. Thomas was named Journalist of the Year by the National Black Journalists’ Association in 2012.

He was a vital member of the ABC News staff rewarded with three subsequent Murrow Awards: in 2012 for the network’s coverage of the horrific Tucson shooting and Osama Bin Laden’s assassination, and then in 2014 for the coverage of ABC that included the terrorist bombings in the Boston marathon. He was also part of the ABC News team that won Overall Excellence and Breaking News honors from Murrow in 2016. In the ABC News breaking coverage of the Pulse Nightclub shooting in Orlando, which was honored with a 2016 Emmy Award, Thomas has played a crucial part. And for his Fentanyl epidemic radio series, he was honored with a Murrow Award in 2018. Thomas was named the recipient of the 2015 John F. Hogan Distinguished Service Award from RTDNA, which is named after the founder and first president of the association and recognizes contributions to media and press freedom. Past winners include Hugh Downs and Walter Cronkite.

He was honored to serve as host of the First Amendment Awards of the RTDNA, first in 2016, and then again in 2019, at a time when he helped lead the coverage of the probe of special counsel Robert Mueller involving President Trump. He was included in the American Journalism Review and concentrated on his career and views on journalism during the hour-long C-SPAN show.

As part of the team’s coverage of the election of President Barack Obama, Thomas won an Emmy Award and was presented with his Pinnacle Award by the Houston Association of Black Journalists in 2011. He was recently published in the American Journalism Review, and in 2011, his career and reflections on journalism were the subjects of an hour-long C-SPAN show. Thomas was named Journalist of the Year by the National Black Journalists’ Association in 2012. A former Washington Post reporter, Thomas was part of a team whose work was a finalist for the Pulitzer Prize for reporting on illegal gun use in the Washington, D.C., area. For his essay “Beyond Grief and Fear,” Thomas received the Move Award from the National Council on Crime and Delinquency at the Post twice earned the Mort Mintz Investigation Award, and was a finalist for the Livingston Young Journalist Award.

What is Pierre Thomas’s net worth? – Salary