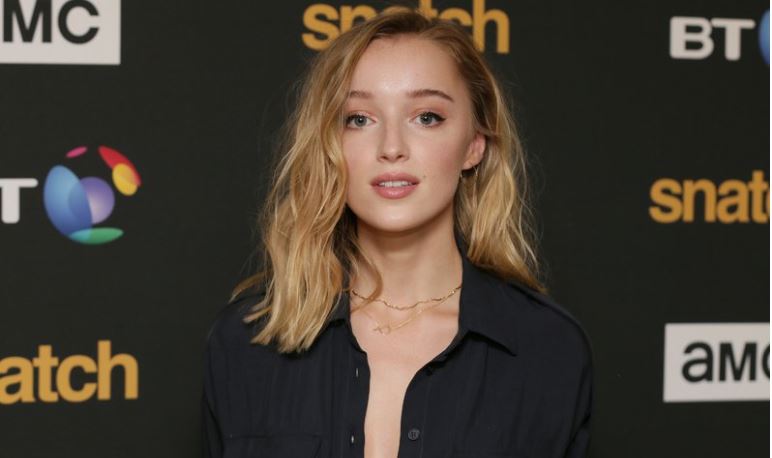 Phoebe Dynevor is an actress from England who began her acting career as a child actress known for her lead role in the 2020 drama series, ‘Bridgerton’. She also starred in the 2009-2010 series ‘Waterloo Road’ by BBC One school. Other series that Phoebe has taken part in include the 2017-2018 crime series ‘Snatch’, Dickensian from 2015 to 2016 and Prisoners’ Wives from 2012 to 2013.

How old is Phoebe Dynevor? – Age

The Bridgerton star is 25 years old as of April 17, 2020. She was born as Phoebe Harriet Dynevor in 1995 in Trafford, Greater Manchester, England, UK.

Phoebe comes from a prominent family of well-known actors. She is the first-child and daughter of English screenwriter Tim Dynevor and his wife, actress Sally Dynevor who is known for her role as Sally Webster in the soap opera, ‘Coronation Street’.

Phoebe has two siblings and she is the eldest of them. They are, younger brother Samuel Dynevor and younger sister Harriet Dynevor.

It is not known whether Ms. Dynevor is dating someone or not. There had been a rumor that she and her Bridgerton co-star Regé-Jean Page were dating, this speculation after their onscreen chemistry in the runaway hit series ‘Bridgerton’. However, the actors cleared the air during an interview by stating that their romance is only for the screens on their roles in the Netflix show.

Being raised by parents who are invested in the entertainment industry, it is not a surprise that a child would also have a passion to join the industry. As such, Ms. Dynevor tried for a role in the series “Waterloo Road” and landed her first role in it’s fifth series in 2009, as Siobhan Mailey.

In 2011, she appeared in the TV show ‘Monroe’ and in 2015, she had a role in another TV show, ‘The Musketeers’. She had a supporting role in BBC drama Prisoners’ Wives as a gangster’s daughter Lauren. In 2014, she appeared in the second series of The Village and from 2015–2016 she played Martha Cratchit in Dickensian.

Phoebe has also appeared in American television shows, with her debut role being announced in 2016 for her appearance in Crackle crime comedy series ‘Snatch’. She starred in the series for two seasons alongside Rupert Grint and Luke Pasqualino. She joined the cast of the comedy-drama television show, ‘Younger’, by TV Land in a recurring role as Clare.

In 2019, Phoebe was cast in yet another television series, this time a Netflix period drama series produced by Shonda Rhimes titled “Bridgerton”. She plays a lead role in the series as Daphne Bridgerton.