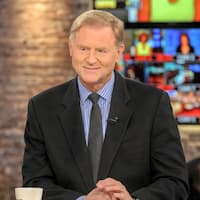 Peter is so personal when it comes to his personal life. He has not revealed the identity of his parents and siblings; He is not known whether he is married, divorced, widowed, engaged, or dating.

How much does Peter Van Sant make? – Net Worth – Salary

He has an estimated net worth of $1 Million. His salary is not revealed.

Where is Peter Van Sant from? – House

He is from Seattle, Washington, and lives in the United States. His house’s location is not revealed.

Van Sant co-wrote the book Perfectly Executed, which is based on a story featured on the television show 48 Hours Mystery. He also wrote and produced the documentary Three Days in September about the Beslan school hostage crisis, which premiered at the Tribeca Film Festival in 2006. The film, which was narrated by Julia Roberts, earned Van Sant his fourth Emmy Award and was named one of the top documentaries of 2006. The documentary also received Russia’s prestigious Golden Word Award.

Van Sant joined CBS News in 1984 and spent the next six years in Atlanta as a correspondent for CBS Evening News. In 1986, his investigative report on the high number of medical helicopter crashes earned him his first Emmy Award. In 1989, he was assigned to the London bureau, where he covered the fall of the Soviet Union, the first Gulf War, the reunification of Germany, and the African famine. He moved to New York in 1991 and worked for CBS News magazines Street Stories and America Tonight until 1993 and 1994, respectively.

He was then assigned to CBS Evening News, where he remained until 1997, and where he won his second Emmy Award for his report on Albania’s economic and social collapse. Van Sant joined Bryant Gumbel’s Public Eye team as a correspondent in 1997–1998. He was the first TV journalist to report on North Korea’s devastating famine, a documentary that earned him his third Emmy Award.

In addition, he was a member of the CBS News undercover investigative team that taped an indicted war criminal in Bosnia. Van Sant covered major national events such as the September 11th attacks, Hurricane Katrina, and the Virginia Tech massacre, and he interviewed many celebrities including Julie Andrews, Christopher Plummer, Garth Brooks, Nick Nolte, Lee Ann Womack, Ronnie Dunn, and Kix Brooks. He also reported on the Oklahoma City bombing for 48 Hours Special in a documentary called Day of Reckoning.

Throughout his career, Van Sant has gravitated toward stories involving “controversy and confrontation,” following them from their inception to their current status, such as one on Lori Berenson, an American imprisoned in Peru since 1995.