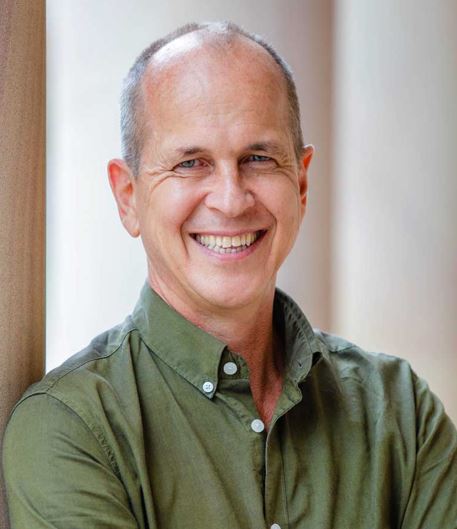 Peter Greste is an Australian journalist and correspondent who possesses both Australian and Latvian citizenship. He has mostly reported from the Middle East, Latin America, and Africa for Reuters, CNN, and the BBC.

How old is Peter Greste? – Age

Where did Peter Greste go to school? – Education

Gretse holds dual citizenship in Australia and Latvia. He went to Indooroopilly State High School and was the school captain. He received his bachelor’s degree in journalism from the Queensland University of Technology in Brisbane.

He has two younger brothers. Greste is of Latvian descent. His wife and children are not clearly revealed.

What is Greste Salary?

Gretse’s salary is under review.

What is Greste net worth?

Gretsa’s networth is under review.

From 1991 to 1995, Greste was based in London, Bosnia, and South Africa, where he worked for Reuters, CNN, WTN, and the BBC.
In 1995, he was based in Kabul, Afghanistan, where he was a correspondent for the BBC and Reuters, after which he was based in Belgrade for a year, where he was a correspondent for Reuters. He then returned to London, where he worked for BBC News 24. He was then based in Mexico, then Santiago, as a correspondent for the BBC. He returned to Afghanistan in 2001 to cover the start of the war. After Afghanistan, he worked across the Middle East and Latin America.
From 2004, he was based in Mombasa, Kenya, then Johannesburg, South Africa, followed by six years in Nairobi, Kenya. In 2011, he won a Peabody Award for a BBC documentary on Somalia. That year, he left the BBC to become a correspondent for Al Jazeera English in Africa. Egypt’s trial and imprisonment in 2013–2015.
The 2013–15 detention of Al Jazeera journalists by Egypt is the main article. Greste was arrested in Cairo with colleagues at the end of December 2013. The interior ministry said the journalists were accused of news reporting which was “damaging to national security”.
Greste was imprisoned in Egypt in solitary confinement for a month before any formal charges were made. On 29 January, it emerged that the Egyptian authorities were to charge 20 Al Jazeera journalists, including Greste, of falsifying news and having a negative impact on overseas perceptions of the country. His colleagues, Mohamed Fadel Fahmy, and Baher Mohamed were also imprisoned; the three men were being held in the same cell in early February 2014. The United Nations High Commissioner for Human Rights urged the authorities in Egypt to “promptly release” the Al Jazeera staff they were holding in custody.
On 21 February, Greste was refused bail and had his court case adjourned until 5 March.
On 31 March, he and co-defendants Mohammed Fahmy and Baher Mohamed made a request to a judge during a hearing to be released. During the hearing, Greste told the judge: “The idea that I could have an association with the Muslim Brotherhood is frankly preposterous.” Al-Sisi, however, was unmoved. A day after the trial, and amidst the widespread international condemnation, the Egyptian president declared that he would not interfere with judicial rulings. Greste and his colleagues were seen internationally as political prisoners due to the nature of the trial, the lack of applicable evidence presented, and the sentences.
On January 1, 2015, the Court of Cassation announced a retrial for Greste and his colleagues.
Release on bail was not permitted. On 1 February, Greste was deported to Australia.
The Egyptian law allowing the deportation of foreigners stipulates that they face prison or trial in their home country, but Australia is not likely to uphold Greste’s conviction. Otherwise, no explanation was given for his release.
On 29 August 2015, an Egyptian court sentenced Peter Greste and his colleagues to another three years in prison, with Baher Mohamed being sentenced to an additional six months. Greste will avoid imprisonment because he was deported to Australia in February.
He was tried in absentia. Less than a month later, on 23 September 2015, Mohamed Fahmy and Baher Mohamed were pardoned by Egyptian President Abdel Fatah al-Sisi. Greste received the news of his colleagues’ release while filming a segment for the ABC Television show The Chaser’s Media Circus, which is filmed in front of a live studio audience, and his reaction was caught on camera. The episode was aired the following day. The host of the show Craig Reucassel did a disclaimer at the beginning of the episode, saying that because it was filmed previous to the revelation of the pardon, the show made no acknowledgment of it until the end.
He returned to Australia in February 2016 to work as a freelance journalist, speaker, and press freedom advocate. He presented a two-part TV documentary miniseries on Sir John Monash, Monash and Me, which was aired in Australia in 2018. In February 2018, he took up a position at the University of Queensland as “UNESCO Chair in Journalism and Communications”. Along with lawyer Chris Flynn and journalist Peter Wilkinson, Greste founded the Alliance for Journalists’ Freedom. In 2017, Greste wrote and directed Facebook: Cracking the Code, a documentary for Four Corners (Australian TV program), presented by Sarah Ferguson (journalist).

Andrew Greste’s biographical narrative of his family’s efforts to liberate him from jail, Freeing Peter, was published by Penguin Books in 2016. Greste’s first novel, The First Casualty, was released by Penguin Books in 2017. It is said to provide a “first-hand account of how the war on journalists has extended from Middle Eastern battlefields to Western administrations.” It was shortlisted for the Walkley Book Award in 2018.

Greste, together with Mohamed Fahmy and Baher Mohamed, received a special Royal Television Society award for their contributions to journalism on February 19, 2015. Greste accepted the prize for the three in London. Greste has been an outspoken supporter of press freedom and free speech. He received the 2015 Australian Human Rights Medal in appreciation of his work.