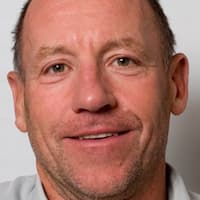 Peter Coates is an English businessman and the chairman of Stoke City Football Club. He co-founded bet365. He is the 25th wealthiest person in British football. In the 1960s, he founded Stadia Catering, and in 1983, he founded Signal Radio.

How old is Peter Coates? – Age

He is the youngest of 14 siblings. After his mother died when he was two, he was raised by his sister, Irene. Leonard, his father, was a miner and World War I veteran who loved football and took him to Stoke City’s Victoria Ground on a regular basis. Leonard Coates, Coates’ father, was a miner who served in World War I with the York and Lancaster Regiment, earning him a Military Medal.

He is married to Deirdre Coates. The couple has four children including John Coates and Denise Coates.

Coates has been a major Labour Party donor, though he did not contribute while Jeremy Corbyn was the leader. He contributed £25,000 to Keir Starmer’s successful 2020 Labour leadership campaign.

The Coates family, led by his daughter Denise, founded bet365 in a portakabin in Stoke-on-Trent in 2000. Denise Coates created a sports betting platform and a trading team in order to launch the company online in March 2001. The company borrowed £15 million from RBS against the family’s betting shop estate, which Peter Coates founded in 1974.

In 2005, bet365 sold its betting shop chain for £40 million and paid off its RBS loan. bet365 has grown to become one of the world’s largest online gambling companies, with reported figures for March 2010 showing £5.4 billion in sports wagers, £358 million in revenue, and a £104 million operating profit. Peter Coates serves as the chairman of bet365. Denise Coates, the joint CEO, continues to run bet365 alongside her brother, John.

He has an estimated net worth of £750 million.

How did Peter Coates make his money? – Career

Peter became the majority shareholder of Stoke City in 1986 and was appointed chairman in September 1986, succeeding Sandy Clubb. Coates supported Mick Mills’ promotion push in 1986-87, but they fell short, and Mills was forced to sell players before making additions. In preparation for the 1989-90 season, Stoke spent a total of £1 million on new players, with Ian Cranson receiving a then-club record fee of £480,000. After a disastrous first season at the Britannia Stadium, Stoke City was relegated from the First Division in 1998. Following the 1996-97 season, the board decided to relocate to the new all-seater stadium because upgrading the Victoria Ground was deemed too costly.

The consortium failed to gain promotion after sacking Tony Pulis, replacing him with Johan Boskamp, and bringing in foreign players, finishing in mid-table. Stoke City F.C. was founded in 2003 by Peter Coates and Tony Pulis after the Coates family purchased the club for £1.7 million from an Icelandic consortium. Despite being favorites for relegation, they were relegated from the Championship in 2008-09. In August 2010, Stoke broke their transfer record when they paid Sunderland £8 million for Kenwyne Jones. They spent £10 million on Peter Crouch and Giannelli Imbula in 2011-12.

In 2012-13, Coates replaced Pulis with Mark Hughes and had a successful four-year run, finishing ninth. However, problems began to emerge during Hughes’ tenure, and he was fired in 2017-18 and replaced by Paul Lambert, who failed to keep the club in the Premier League.