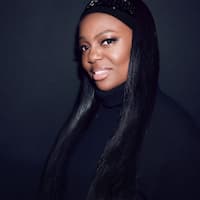 How old is Pat McGrath? – Age

McGrath was born in a working-class family to a dressmaker and Jehovah’s Witness mother, Jean. Jean had a significant influence on her daughter’s eventual make-up career, teaching and encouraging her to experiment with make-up and inspiring her love of fashion. McGrath is of Jamaican descent. She has no formal fashion or make-up training, having only completed an art foundation course at Northampton College.

Pat McGrath is she Married? – Husband

What race is Pat McGrath?

She has Jamaican ancestry.

In 2015, she launched ‘Pat McGrath Labs,’ her own line of beauty products that had grown to be a $1 billion company by 2019 and the best-selling beauty line at Selfridges. McGrath was hired as Beauty Editor-at-Large for British Vogue in 2017 by her previous colleague and friend Edward Enninful, and the same year she won the Isabella Blow Award for Fashion Creator at the Fashion Awards, a British Fashion Council Event. Pat McGrath Labs make-up was worn by six leading stars to the 2018 Fashion Awards, including Saoirse Ronan, Naomie Harris, and Sara Sampaio.

McGrath moved to London in the 1980s and worked with designers such as Alexander McQueen and John Galliano. McGrath’s first break came in the early 1990s while working at i-D magazine alongside Edward Enninful, while also working as a receptionist to support herself financially. She was hired by Giorgio Armani in 1999 to collaborate on a new line of cosmetics, and she received the Pantene Pro-V Make-Up Artist Of The Year Award in both 2000 and 2001.

McGrath was awarded the Order of the British Empire (MBE) in the 2014 New Year Honours for her contributions to the fashion and beauty industries. McGrath was also hired by Procter & Gamble ten years prior, in 2004, as Global Cosmetics Creative Design Director in a multi-year partnership rumored to be worth $1 million.

McGrath has also appeared on the Powerlist’s Top 10 list of the most influential Black British people in a variety of industries. McGrath was named Dame Commander of the Order of the British Empire (DBE) in the 2021 New Year Honours for her contributions to the fashion and beauty industries, as well as her diversity, and she was the first make-up artist to receive this honor.