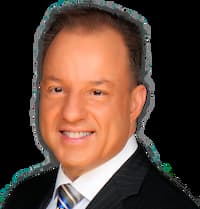 Nick Gregory is a meteorologist in the United States working as the chief meteorologist for Fox 5 NY WNYW in New York City, where he can be seen on the news at 5, 6, and 10 p.m. Nick has worked for Fox 5 news station WNYW for almost three decades. He joined Fox 5 WNYW on December 26, 1986.

How old is Nicholas Gregory?- Age

Gregory graduated from New Rochelle’s Iona Preparatory School in 1978 and Lyndon State College in Lyndonville, Vermont in 1982. Gregory is a meteorologist with a bachelor’s degree.

He has been a flying instructor for over 20 years and has been a certified pilot for 34 years. He is the FOX 5 News aviation expert on aviation stories due to his great experience. He also flies flights for Angel Flight, a non-profit organization that provides free transportation to and from medical treatments for financially disadvantaged patients and families. Gregory worked as a morning meteorologist for CNN in Atlanta, Georgia, before joining FOX 5 News. He worked as a meteorologist at WTLV 12 (ABC) in Jacksonville, Florida, prior to joining CNN. Nick Gregory’s 30th anniversary was recognized on Fox 5 News on December 26, 2016.