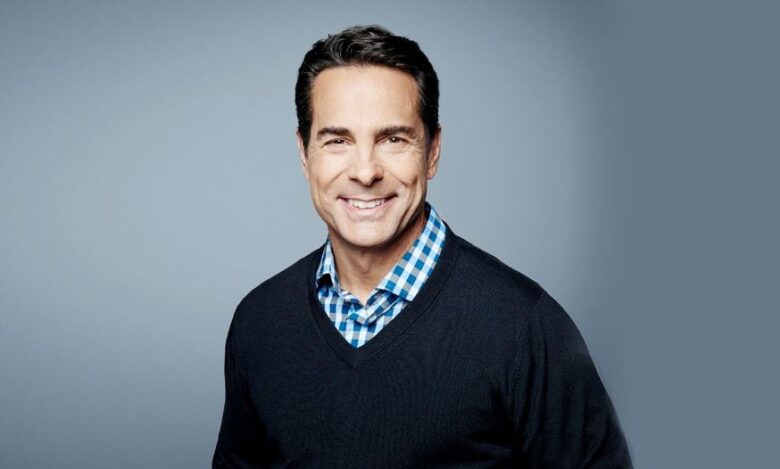 Mike Galanos is a journalist from the United States who works as a news anchor for HLN, and as part of the team on Morning Express with Robin Meade. From 1991 to 1994, he Galanos worked alongside Ric Renner as the weekend anchor for the local sports anchor on KTVN-TV in Reno, Nevada, and was well known for his excellent knowledge of sports in northern Nevada.

How old is Mike Galanos? – Age

He is married to Cheryl Galanos. The couple has two children; David Galanos and Daniel Galanos.

Mike covers the human side of the news as part of the HLN News Now team, using phone calls, social media and immersive programming to tap into the issues that matter most in communities across America. A big part of the show is Mike’s voice, too. To get the conversation underway, he isn’t afraid to express his opinion. Mike hosted Prime News prior to HLN News Now where his concern for families prompted him to focus on the risks of technology in children’s hands. One of the first shows to shed light on the phenomenon of sexting was Prime News. Mike used this platform to help people understand how “sexting” can have a potentially long-lasting legal, moral and emotional effect on teenagers.

In the spring of 2002, Mike joined HLN and played a key role in the network’s coverage of the first anniversary of the attacks of September 11. Mike has been instrumental in every big HLN news story since then. In 2004, he helped launch Prime News Tonight, and with an ambitious series called “Get to the Point,” he took on the most controversial subjects.

Galanos has made a good fortune from his career even though his wealth is not recorded. His net worth and salary estimation has not been revealed too.