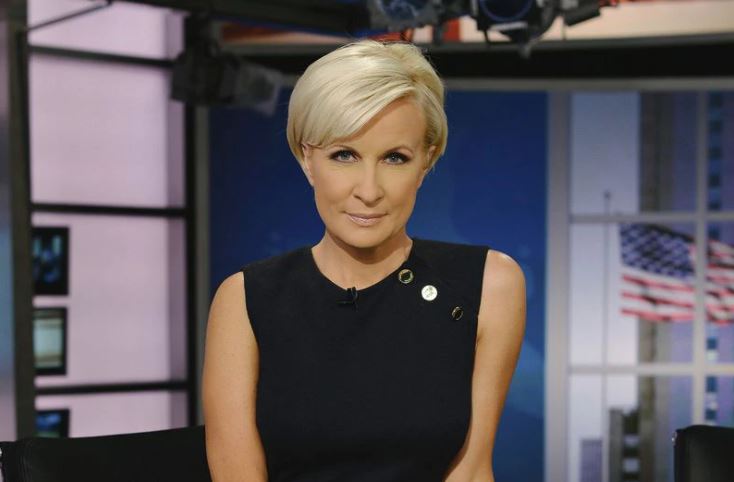 Mika Brzezinski is a journalist, liberal political commentator, talk show co-host and author working with MSNBC where she co-hosts the Morning Joe show. Prior to joining MSNBC in 2007 as an occasional anchor, Mika was a CBS News correspondent and is well known for her “Ground Zero” reporting work during the September 11th attacks.

How old is Mika Brzezinski? – Age

Miss Mika comes from a well-known family with a political background. She is the daughter of polish-born political scientist and diplomat Zbigniew Brzezinski who worked as a counselor to the 36th president of the United States as well as a National Security Advisor to the country’s 39th President. Mika’s mother is Swiss-born sculptor Emilie Anna Benešová.

Mika has two known siblings, both brothers. One brother is diplomat and former United States Ambassador to Sweden (2011-2015), Mark Brzezinski and the other is known as Ian Brzezinski, a military expert. She is also related to journalist and writer Matthew Brzezinski who is her first cousin.

Mika is married to fellow MSNBC co-host, Joe Scarborough who is also a former politician. Prior to their wedding in 2018, Mika and Scarborough were both married. However, their chemistry on-screen let to speculations and rumors that the two were together off-screen after their show. With time, they were both divorced and for Mika’s 50th birthday, the two took a trip to Antibes at the Hotel du Cap. While trying to climb up a hill, Joe bent one knee and with a diamond ring he proposed to Mika. On November 24, 2018 in Washington, Joe and Mika walked down the aisle and the late Rep. Elijah Eugene Cummings officiated the ceremony.

Mika’s marriage to Scarborough is her second, her first was to a fellow journalist, Jim Hoffer, from 1993 to 2016. Born as James Patrick Hoffer, the former couple had met while they both worked at WTIC-TV.

On January 26, 2007, Brzezinski returned to MSNBC to host the evening “Up to the Minute” newscast. During the week, she worked primetime newsbreaks. She also contributed to NBC Nightly News and was a guest anchor on Weekend Today on occasion. Brzezinski resigned from both shows just as a renewal option was about to expire. Mika, the ‘hot anchor,’ was conceived. The producers gradually encouraged my participation in newsreader segments with which I was more comfortable. Geist and Joe gradually found me a competent newsreader, and the expansion of my role was a gradual process. Brzezinski has co-hosted and read the news on MSNBC’s Morning, Joe, with Joe Scarborough and Willie Geist since the show’s inception.

She rejoined CBS News as a desk correspondent in September 2001, thrusting her into the spotlight as the primary “Ground Zero” reporter for the September 11, 2001, attacks. When the South Tower collapsed, Brzezinski was live-broadcasting from the scene. Brzezinski’s most recent position at CBS News was as a CBS News correspondent, substitute anchor, and segment anchor for breaking news segments and routine updates. During this time, she was a regular contributor to CBS Sunday Morning and 60 Minutes. CBS fired her later that day.

During the 2016 presidential campaign, then-presidential candidate Donald Trump repeatedly chastised Brzezinski and her MSNBC co-host Joe Scarborough on Twitter. Brzezinksi called Trump’s presidency “fake and failed” in March 2017, and Trump soon unfollowed Brzezinksi and Scarborough on Twitter. In June 2017, she was once again the target of Trump’s tweets, in which he referred to her as having a “low I.Q.” and claimed that she was “bleeding badly from a face-lift.” Lori Klausutis’s husband wrote a letter to Twitter CEO Jack Dorsey on May 27, 2019, asking him to stop exploiting his late wife’s memory for political gain. On the same day, Trump sent out two tweets that appeared to be in response to the lette. On the same day, Trump appeared to address the letter in two tweets, writing: The opening of a Cold Case against Psycho. This was not a new idea for Donald Trump; it had been going on for years, long before I joined the chorus.

What is Mika Brzezinski salary?

She earns an annual salary of $8 Million.

How much is Mika worth? -Net Worth