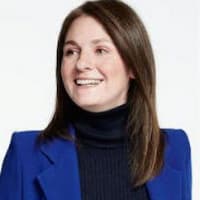 Michelle Zatlyn is a Canadian-born American entrepreneur who works as the Co-Founder and COO of Cloudflare, a leading Internet security, performance, and reliable company that was named to CNBC’s Disruptor 50 List, named the Wall Street Journal’s Most Innovative Internet Technology Company for two years in a row and named a World Economic Forum Technology Pioneer.

How old is Michelle Zatlyn? -Age

She has an elder sister who resides in America. She has not revealed her parent’s identity. Zatlyn was growing up as a girl in Saskatchewan.

Michelle graduated with honors from McGill University with a Bachelor of Science in Chemistry and a minor in Management. She also has an MBA from Harvard Business School and was the recipient of the Dubliner Prize for Entrepreneurship.

Her net worth is not revealed. The company is valued at $3.5 billion and employs over 700 people.

Michelle creates products that people enjoy using. She previously worked at Google and Toshiba and founded two successful startups before joining CloudFlare. CloudFlare was named the Wall Street Journal’s Most Innovative Internet Technology Company for the second year in a row, and the World Economic Forum named it a Technology Pioneer. CloudFlare now accelerates and protects over 2 million web properties.

The Huffington Post and Inc. Magazine named Michelle one of the top women to watch in technology. She has spoken at a variety of conferences, including Women 2.0, Harvard Business School, Cloud Factory, The Canadian University Software Engineering Conference, GO Youth, and Metabridge, and she is a regular panelist for TechCrunch Disrupt.

Michelle serves on the FCC’s Open Internet Advisory Committee, the Computer History Museum’s NextGen Advisory Board, and has been nominated to the World Economic Forum’s Young Global Leaders program, in addition to being on the CloudFlare board of directors.

She was accepted to Harvard Business School, where she met one of her future cofounders, Matthew Prince. While at Harvard, Michelle and Matthew worked on the concept. Michelle was granted 12 months of work authorization under Optional Practical Training after graduating (OPT). After graduating from Harvard, Matthew and Michelle boarded a U-Haul driven by Matthew’s mother and headed to Silicon Valley. They founded CloudFlare with Lee Holloway and began raising funds from venture capital firms. But Michelle wasn’t done with the U.S. immigration system, which has no way for a company founder to stay in the country. The only way for Michelle to remain in the United States would be for the company to apply for an H-1B visa on her behalf.