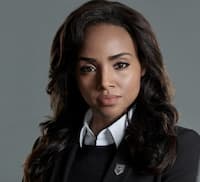 Meagan Tandy is an actress and model from the United States known for being the third runner-up at Miss USA 2007 and is a former Miss California USA. She has long-running roles in Jane by Design, Teen Wolf, Survivor’s Remorse, and The CW’s Batwoman, where she currently plays Sophie Moore.

How old is Meagan Tandy? – Age

She has a younger sister Kylee Lin. She is still not married and has not revealed her boyfriend to the public.

She was cast as Lulu Pope, the antagonist in Jane’s high school life and daughter of a judge and an It girl of the high school in the American comedy-drama television series Jane by Design. She seems to like Billy, but she prefers to keep their relationship private. She eventually agrees to make their relationship public, but she still feels embarrassed about it. She is envious of Jane and Billy’s relationship and is aggressive towards her. Tandy was a main cast member for the first ten episodes before being demoted to recurring status in the episode “The Replacement.”

Jane Quimby is a girl who is mistaken for an adult and lands her dream job in the fashion industry. She must strike a balance between her high school and work lives. She enlists the aid of her best friend Billy, despite the fact that he was once involved with Lulu, a girl who has been cruel to Jane since she was in seventh grade. Before the series began, Jane’s father died and her mother left Jane and Ben. Jane explores a world full of fashion problems while working for Gray Chandler Murray at Donovan Decker. Jane strives to be the best at her career and school while balancing the pressures of high school and the fashion industry.

She appeared as Braeden, a mercenary or “gun for hire” on MTV’s Teen Wolf, fighting for someone in exchange for money in the American supernatural teen drama television series Teen Wolf.

Araya Calavera hires Braeden to accompany Scott McCall to an Aztec temple. Derek and Peter Hale employ her to locate Kate and pay her extra because she is battling The Calaveras, who hired her to catch Kate. Stiles cites her as assisting him in his hunt for the Desert Wolf by giving him photos, the majority of which are of her victims. Returning to Beacon Hills, Braeden saves Malia from a chimera. She returns to assist Malia in her battle against The Desert Wolf. Lydia is discovered outside Derek’s loft as she screams, and she later assists the gang in determining what happened to Scott and Kira. Derek, Scott, and Kira work together to defend Satomi’s pack from assassins. She has sex with him. After discovering that Derek’s werewolf powers have faded, she has sex with him. She waits outside the McCall House door to prevent The Desert Wolf from murdering Malia. Malia is urged to stay upstairs while Corinne tries to persuade her to descend.

She appeared as Allison Pierce, Cam’s girlfriend in the American sitcom Survivor’s Remorse.

She was cast as Sophie Moore, a military academy graduate turned high-level Crows agent, and Kate’s estranged ex-girlfriend who serves as one of Gotham’s protectors in the American superhero television series Batwoman.

Three years after billionaire philanthropist Bruce Wayne and his superhero alter ego Batman vanished, his cousin Kate Kane sets out to defeat her demons and become a symbol of hope as Batwoman, defending Gotham City from her maniacal sister Alice.

In season two, ex-con Ryan Wilder assumes the Batwoman identity after Kate is presumed dead after a private plane carrying her back from National City crashes. Simultaneously, Alice reunites with Safiyah Sohail, with whom she shares a mysterious past, and the Crows battle Black Mask and the False Face Culture. Nobody knows it yet, but Black Mask has a critically wounded Kate in his clutches.