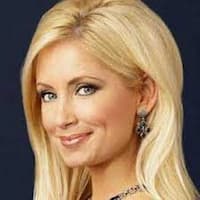 Mary Beth McDade is an award-winning journalist from the United States working for KTLA as a reporter and anchor. She joined the Station in 2006.

Beth received her Bachelor of Arts degree from Manhattan College, where she was a member of the government and politics honor societies as well as the communications honor society. She received a high honors diploma.

He is married to Jeff Jellison. He discreetly married his long-term boyfriend in a little ceremony on the other side of the world. He is well-known for the obsessive protection of his privacy, rarely revealing his personal life or information to the media.

She served as a reporter and fill-in anchor at KCBS-TV/KCAL-TV before joining the KTLA news crew. She covered everything from Anna Nicole Smith’s death in Miami to the huge earthquake that struck Hawaii in 2006. She was also the only reporter in Los Angeles to interview Skylar Deleon in a jail cell after he was convicted of murdering a Newport Beach couple.

Throughout her career, Mary Beth spent a lot of time in New York. She was a weekend anchor at News 12 Long Island, where she anchored the news chat shows “Ad Issue” and “Reporter Roundtable” on a weekly basis. She was out pounding the streets as a general assignment reporter and putting together blockbuster investigative series when she wasn’t behind the anchor desk at the 24-hour news channel. For her “Gangs of Long Island” series, she received a Long Island Press Club Award and a Gilbert Award.