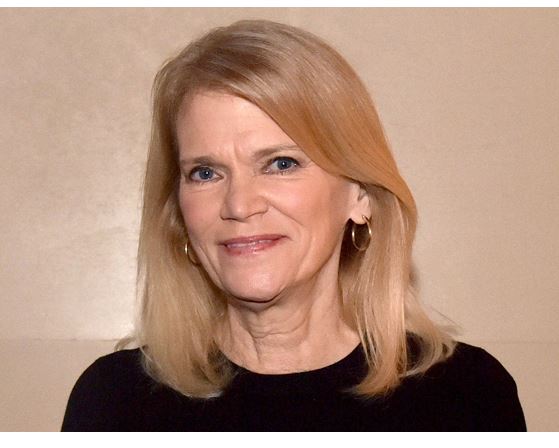 Martha Raddatz is a journalist from the United State working as the ABC News chief global affairs correspondent and co-anchor of This Week with George Stephanopoulos. For decades, she has reported on national security, international affairs, and politics, reporting from the Pentagon, the State Department, the White House, and worldwide war zones.

When did Martha Raddatz get married? – Husband – Children

Raddatz has been married thrice. She is married toTom Gjelten, the Religion and Belief Correspondent for National Public Radio news. Her first husband was Ben Bradlee Jr., The Boston Globe’s Pulitzer Prize-winning publisher, biographer, and son of Benjamin C. Bradlee, former executive editor of the Washington Post. Her second husband was Julius Genachowski, president of the U.S. Federal Board on Communications under the Obama administration. She is a mother of two children, who she got from her two previous marriages: a daughter, Greta Bradlee, and a son, Jake Genachowski. Barack Obama attended her wedding to Julius Genachowski.

What is Martha Raddatz’s salary? – Net Worth

Martha earns an annual salary of $2.5 Million. She earns an estimated net worth of $15 Million.

Raddatz studied at the University of Utah but dropped out to work at a local station.

In the late 1990s, during the crisis in Bosnia, she started reporting the war, but it was Iraq and Afghanistan where she spent much of her time overseas. She managed to make frequent visits to war-torn Iraq during her time as a White House reporter during the presidency of President George W. Bush. During hundreds of trips abroad, Raddatz was embedded with US forces, from the deserts of Al Anbar province to the mountains of the Hindu Kush. She is the first TV reporter licensed to fly an F-15 fighter jet on combat flights over Afghanistan, spending almost 10 hours in the air on two different missions.

She provided exclusive information about the raid that killed Osama Bin Laden in 2011. She was one of the few reporters for the last big convoy out of Iraq the same year. On the USS Kearsarge off the coast of Libya, she also had an exclusive interview with the Marines who helped evacuate two American pilots who had gone down to Libya. Raddatz was on a U.S. destroyer in 2012 when it made its way across the Hormuz Strait. Raddatz reported primarily from the USS George H.W. Bush, covering the 2014 airstrikes in Syria and Iraq against ISIS, and again from the USS Truman in March 2016. In 2015, at an unspecified location in the Middle East, she was given privileged access to the anti-ISIS command center and anchored ‘This Week from an airbase from where drone warfare is performed.

She has also traveled to Yemen, Iran, Pakistan, Israel, Jordan, Saudi Arabia, India, Turkey, Libya, Oman, the United Arab Emirates, and various countries in Africa and Asia during her reporting trips. The only Vice Presidential debate between Congressman Paul Ryan and Vice President Joe Biden, discussing both domestic and international issues, was moderated by Raddatz in October 2012. Raddatz earned an outpouring of support for posing pointed questions about a number of subjects and asserting influence over the discussion during the debate. With a special commendation for dialogue moderation, she was awarded the Walter Cronkite Prize for excellence in political journalism. Raddatz co-moderated the Democratic and Republican primary presidential debates on ABC during the 2016 election, as well as a presidential debate between Hillary Clinton and Donald Trump, for which she was once again commended for her moderating ability.

Raddatz was the Pentagon correspondent for National Public Radio from 1993-1998 (NPR). Prior to joining NPR in 1993, she was the chief correspondent of WCVB-TV, an affiliate of ABC News Boston. She wrote from the former Soviet Union, Africa, the Middle East, the Philippines, and Europe, in addition to reporting many presidential campaigns.

In 2012, Raddatz won the First Amendment Award from the Radio Television Digital News Foundation (RTDNF) for excellence in journalism, as well as the coveted Fred Friendly First Amendment Award. She was awarded four Emmy Honors, including an Emmy for being on the team covering Barack Obama’s inauguration, the September 11 attacks, and the killing of Osama Bin Laden. She was also the recipient of the 2007 International Urbino Press Award, the 2005 Chicago Journalism Association Daniel Pearl Award, and the 1996 Overseas Press Club Award for her live coverage of Yitzhak Rabin’s assassination. In 2007, under deadline pressure, the White House Correspondents’ Association awarded her the Merriman Smith Memorial Award for excellence in Presidential news coverage. She received the George Catlett Marshall Award in 2018 for continued devotion to the men and women of the armed forces of America.