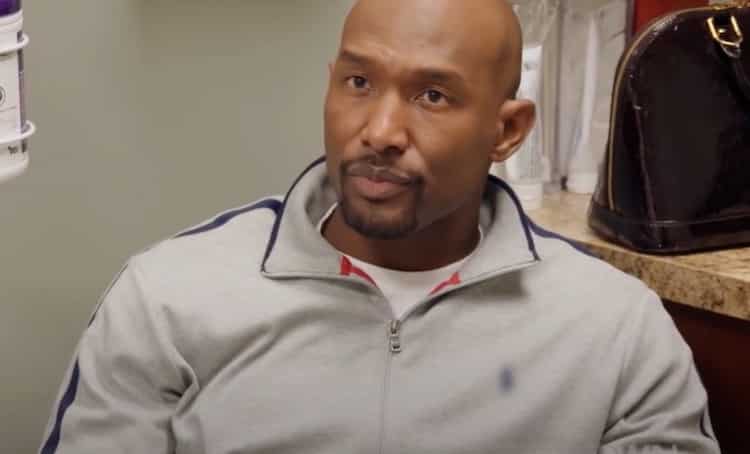 How old is Martell Holt?-Age

Who is Martell Holt Married to? Wife-Children

He is married to his fellow reality TV star, author, and entrepreneur Melody Holt. The couple started their love relationship on 22nd February 2007 and wedded on July 20, 2008, in the United State of America. The couple has four children; a son Martell Holt jr. and three daughters Maliah Selene Holt, Mariah Holt, and Malani Simone Holt. Martell was accused of having an affair and he accepted that he was cheating with a lady by the name Arionne Curry.

Holt graduated in 2008 with a Bachelor of Science Degree in Education from the University of Alabama A & M University. In December 2010, he continued to serve as a teacher at Sparkman Middle School for two years after resigning. This gave his landscaping business enough time to concentrate as it started to receive many residential and commercial contracts.

Martell and Melody is the most talked-about pair on OWN’s Love & Marriage: Huntsville as of 2020. The Holts run Holt & Holt Enterprises, a multi-million dollar real estate development company. Their marital problems resulting from Martell’s infidelity were reported in Season 1. After becoming suspicious of Martell for the second time in the season finale of the show, it seems that Melody has finally reached her breaking point. The show follows the romantic relationships of three couples involved in Huntsville, Alabama’s booming real estate market.
She kicked Martell out of their marital bed and into their guest room in the middle of season 1. She considered divorce and consulted a lawyer, but learned that her fourth child was pregnant. While Melody told Martell that she had applied for a divorce, after the episode aired, the pair had been seen together.

What is Martell Holt’s Net worth? Net Worth

Martell has an estimated net worth of $20 million as of 2020. He has accrued his wealth from his career as the Television Personality, Entrepreneur, Author, and Homebuilder.

♦ The 9-5 Entrepreneur: Twelve Questions To Consider Before Taking The Leap