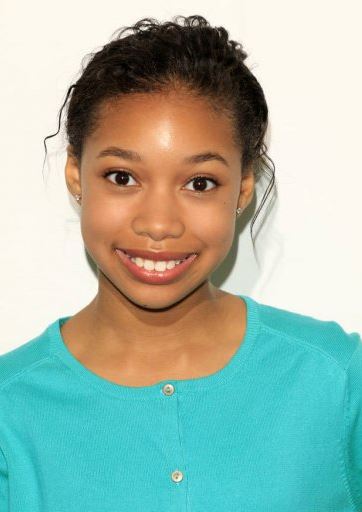 Kyla Drew Simmons is an American film and TV actress. She became famous for portraying Prisoners (2013), Peppermint (2018), and Nicky, Ricky, Dicky & Dawn (2014). Throughout her acting career, she has appeared in several movies and TV shows. The actress is also a social media influencer and a model. She has already showcased immense talent and is on the path to becoming a big star.

Who are Kyla Drew Simmons Parents? – Father and mother

The actress was born as the daughter of Kat Simmons. She has never talked about her father. The actress loves her mother very much and is very thankful for her love and support that made the young actress the person she is today. While she shares a close relationship with her mother, her father is a mystery.

The actress has a younger sibling. She has a little brother Kiyan Drew Simmons, who they were raised together with their lovely mother.

Is Kyla Drew Simmons in a Relationship? – Spouse

No, the American actress is currently single as of 2022. She is still single and has not been in a relationship with anyone. Mostly, the actress keeps herself very busy with her career projects than focusing her time on some guy. No children yet.

The American actress started her acting career at a very young age. She first appeared in an episode of The Neighbours in 2012. The same year, the young actress starred in Parental Guidance. In the following years, her fame started to grow, which increased her career opportunities. In 2013, she appeared in the TV series 90210 for an episode. The same year, She also starred in the show Prisoners as Joy Birch and How I Met Your Mother.

In 2013, the actress starred in an episode of Jessie, where she played the character, Taylor Harris. She also starred in Castle as Sophie before finally ending the year with an appearance on the famous TV series, NCIS: Naval Criminal Investigative Service. She received her big break in 2014 after the American talent landed a significant role in the hit TV series Nicky, Ricky, Dicky & Dawn. She appeared in the show for 55 episodes until 2018 where the actress portrayed the role of Mae Valentine. She was starred alongside other actors, including Lizzy Greene, Aidan Gallagher, Mace Coronel, Casey Simpson e. t. c.

In 2015, the actress landed a role in the hit TV series Grey’s Anatomy, where she appeared as Mia James. Moreover, she was starred in Battle Creek in the episode titled Man’s Best Friend, in which Kyla portrayed the character of Katori. Her following projects along the year included Soul Ties, The Veil, Jessica Darling’s It List, and Santa’s Boot Camp.  In 2017, the actress starred in two TV movies titled Michael Jackson: Searching for Neverland and Nickelodeon’s Sizzling Summer Camp Special.

The actress appeared for an episode of Wisdom of the Crowd as Donita Smitts. In 2018, she played the role of Ellie in the TV series Station 19. In 2019, she landed another significant role in No Hood Nick’s TV series, where she appeared for eleven episodes. The actress played the character of Becky in the TV show. She has also appeared in an episode of the hit TV show The Good Doctor. At the start of 2020, she appeared in Just Add Magic: Mystery City.

The actress then appeared on Crown Lake, where she portrayed the character of Tiffany St. Martin for sixteen episodes. The following year, she appeared on Raven’s Home as Angelica for two episodes. In 2021 she appeared alongside famous actors like Jamie Foxx, Porscha Coleman, Heather Hemmens, David Alan Grier, Jonathan Kite, and Valente Rodriguez on a TV show called “Dad Stop Embarrassing Me!.” Moreover, the actress is also set to appear in the new upcoming sci-fi movie Cipher.

The American actress has an estimated net worth of around $800 thousand as of 2021.