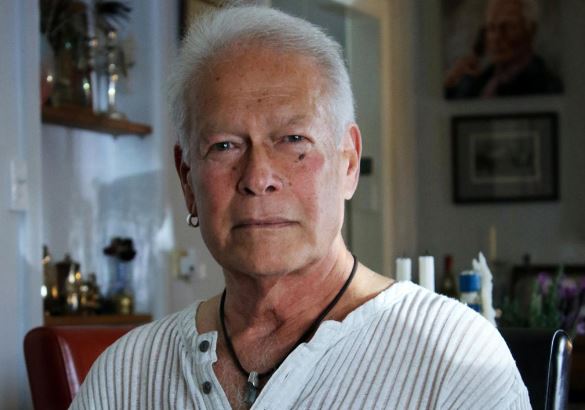 Keith Potger is an Australian singer and songwriter who is one of the founding members of the quartet pop-folk group, “the Seekers” that was quite popular in the 1960s. Potger is also known for yet another musical group, “the New Seeker,” a contemporary pop group which he co-founded with business partner David Joseph in 1969. Apart from performing in groups, Potger has also led a career as a solo singer with such albums as Secrets of the Heart (2004), Sunday (2007) and Smile Now (2010).

Potger’s role in the pop groups was that of the vocals, and sometimes instrumental and arranger. Keith’s full birth-name is Keith Leon Potger. He has since been awarded the AO title (an Officer of the Order of Australia) alongside his ‘The Seekers’ squad: Judith Durham, Athol Guy and Bruce Woodley, for their achievements. Keith can play the guitar, the banjo and keyboard which are all self-taught passions of his.

Potger is from Sri Lanka and is of Burgher descent, however, he grew up in Australia since the age of six when he arrived in the country.

How old is the Seekers’ Keith Potger? – Age

Potger is not married. However, he has been married three times before.  He was married to Australian actress Nicki Paull, his third wife, from November 18, 2006 to February 8, 2014. His second wife was Pamela Potger and the two were together from 1994 to 2004 when they got a divorce. With his first wife, Pamela Powley, Mr. Potger was married from January 22, 1966 until their divorce in 1984.

Keith is a father of two grown-up adults. He shares the two with his first-wife Pamela Powley. Their first-born child is a son known as Matthew Potger while the second child’s identity is still not known.

He performed in vocal groups while still at school, which developed into The Seekers in early 1962. Athol Man, Bruce Woodley, Ken Ray, and Potger comprised this lineup of The Seekers.

At the age of 6, Potger began playing the banjo and guitar. As he attended school, he joined vocal groups where he performed with his peers and in early 1962, he and his friends formed ‘the Seekers’. The other members were Bruce Woodley, Athol Guy and Ken Ray. In late 1962, Ray left the group and Judith Durham joined them. By this time, the focus of the group’s music was on the folk and gospel music boom with accompaniments like double bass, guitars and banjo.

In 1968, The Seekers disbanded and Potger carried on his career in music as a solo artist. He wrote songs and did record production in major recording studios in the UK. He also collaborated with Tony Macaulay and Barry Mason which led to increased fame and chart success in the 1970s as he mingled with both American and British artists.

Throughout the 80s, he still performed solo projects as a songwriter and singer after getting back to Australia in 1978. In 1988, he wrote and produced stage musicals for the Australian Bicentenary.

For their silver jubilee, The Seekers reunited for an international tour in 1992. They toured extensively and in 1997, the group released the platinum-selling Future Road, which included Potger’s original song “Guardian Angel, Guiding Light”, also co-writing “The Circle of Love” (with Rick Beresford), “Forever Isn’t Long Enough (for Me)” (with Byron Hill) and the title track “Future Road” (with Trevor Spencer and Boyd Wilson). He still sings and performs.

Keith’s actual net worth is not yet known. However, from the success he has enjoyed in his career, it can be estimated that he is worth millions in US dollars.