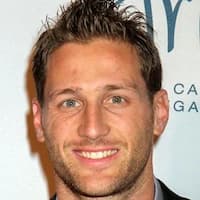 Juan Pablo Galavis is a Venezuelan television personality and former professional soccer player of American origin. After 17 seasons, he was chosen as the first Latino star of ABC’s reality show The Bachelor in 2013.

Galavis was born in Ithaca, New York, to Venezuelan parents Saul Galavis and Nelly Guinand, and is the second of three siblings. When he was two years old, he moved with his family to Barquisimeto, Venezuela.

Galavis and his ex-girlfriend, Venezuelan actress Carla Rodrguez, had a daughter on February 14, 2009. On season 18 of The Bachelor, he chose Nikki Ferrell, but the two split up in October 2014. He began dating Venezuelan model and TV host Osmariel Villalobos in 2016. On August 7, 2017, the couple announced their marriage. They divorced in 2019.

He has an estimated net worth of $ 1.3 million.

Galavis appeared on the ABC reality dating show The Bachelorette in May 2013 but was eliminated midway through the season. On August 5, 2013, ABC announced that he would appear in season 18 of The Bachelor, which would air in January 2014. After 17 previous editions, he was the first person from an ethnic minority to be chosen as a bachelor as a Latino.

He left football after his season with Miami in 2008 and began his music career with promotional work in the Miami bar and club scene. He also began working with Venezuelan musicians/songwriters Frank Santofimio and Mario Donoso around this time. They started promoting the Venezuelan duo Chino y Nacho.

Galavis began filming television commercials and worked briefly as a television presenter for Mega TV’s Mega News, a Miami-based sports show. Galavis developed a strategy to relaunch the artist, change his name, remove all of his songs from platforms, and assist with A&R and marketing after receiving a call from Daniel Morales in March 2016 and listening to his music.

Galavis released the song “Me Rehuso” and the English version “Baby I Won’t” on Spe 16, 2016, with “Me Rehuso” becoming one of the biggest hits of 2017. The art cover music video has over 1 billion views, making it one of the most popular videos with just a cover art.

The song was a huge success, and it aided Galavis and Daniel Morales, better known as Danny Ocean, in signing a multi-million dollar record deal with Warner Music Latin and Atlantic Records. Juan Pablo also assisted Daniel in closing a publishing deal with SonyATV.