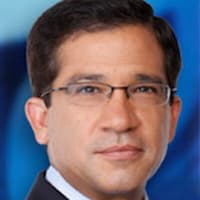 Joe Torres is a journalist and author of Puerto Rican ancestry working as the reporter and anchor for the weekend evening news for Eyewitness News on WABC-TV.

How old is Joe Torres? – Age

Who is Joe Torres married to? – Family

He has been married to Fran Torres on August 31, 1991. He lives in the town where he grew up with his wife Fran and their two sons.

How tall is Joe Torres?

How much is Joe Torres worth? – Net Worth

He has an estimated net worth of $60 million.

Joe began his career as a general assignment reporter for Eyewitness News in 1996. He’s built a reputation as one of the best street reporters in the country’s top television market over the last two decades. His strength is his adaptability. Joe has covered it all with an engaging and lively manner that fellow New Yorkers have grown to know and appreciate, whether it’s crime, politics, religion, education, transportation, or business.

Joe’s thorough coverage of Popes John Paul II, Benedict XVI, and Francis are perhaps the most memorable for viewers. Joe followed Pope John Paul II on his journeys to Cuba, Mexico, and the Holy Land before his death, offering New Yorkers local perspectives on world events. Joe was in Rome for the Pope’s Silver Jubilee and his death, when millions of people went to Rome to pay their respects to the spiritual leader. In April of 2005, Joe was in St. Peter’s Square when the white smoke from the Sistine Chapel announced Pope Benedict XVI’s election to the world.

Joe began his television career as an NBC Page in New York in 1987. His first reporting job was at WSAV-TV in Savannah, Georgia, where he covered county government as a general assignment reporter and beat reporter. Joe then went to work as a Consumer Reporter, general assignment reporter, and Weekend Anchor for ABC affiliate WNEP-TV in Scranton/Wilkes-Barre, Pennsylvania. Joe got a job as the Jersey Shore correspondent in 1992. Three years later, Joe covered Pope Benedict’s journey to New York in great detail. In March of 2013, Joe returned to the Vatican and St. Peter’s Square to witness Pope Francis’ historic election as the church’s first Pontiff from Latin America.

Joe comes in from the street two days a week and goes to the anchor desk. Joe co-anchors the 5, 6, and 11 p.m. versions of Eyewitness News This Weekend every Saturday and Sunday evening. Joe is also the host of ‘Tiempo,’ a 30-minute public affairs program focused at the New York metropolitan area’s rising Latino community. Every Sunday at 11:30 a.m., ‘Tiempo’ airs.