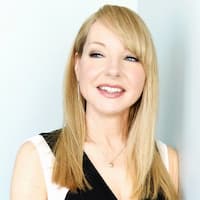 How old is Jessica Holmes? – Age

Who is Jessica Holmes married to? – Family

Holmes is married to Arie Solomon and lives in Los Angeles. On October 8, 2015, she gave birth to a son named Levi. She got a Bachelor of Arts in Radio and Television from the University of Central Florida.

Holmes has an estimated net worth of $2 million.

Jessica has covered the Royal Wedding in London, interviewed Angelina Jolie and Johnny Depp in Paris, spent a day in the kitchen with Martha Stewart, and spoken with Jermaine Jackson about the murder of his brother, Michael. She attends all big Hollywood events, including the Oscars and the Emmys, and co-hosts KTLA’s Emmy Award-winning Rose Parade coverage.

Jessica also forecasts the weather on a regular basis and has covered breaking news in the field and in the studio, such as wildfires, floods, and earthquakes in Japan. She has three Golden Mike Awards to her name. Jessica joined KTLA as a weathercaster for the station’s Prime News in November 2005 after winning “The Audition,” a reality show-style competition broadcast on the KTLA Morning News.

Her television career began in 1999. Jessica began co-hosting “Slime Time Live” six months after interning at Nickelodeon. In 2002, the Florida Motion Picture and Television Association honored the series with an award for the Outstanding Children’s Program. Jessica traveled to New York in 2003 to host the Outdoor Life Network’s “Bragging Rights,” a reality game show in which male participants competed in outdoor sports tasks.