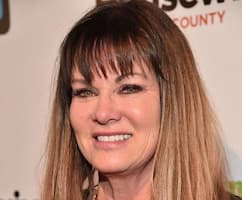 Jeana Keough is a real estate agent, actress, and model from the United States. In Aliso Viejo, California, Keough works as a real estate salesperson.

How old is Jeana Keough? – Age

She was married to Matt Keough, a pitcher for the Oakland Athletics and a special assistant to the Oakland A’s general manager. The couple Shane Keough, Kara Keough, and Colton Keough. In June 2006, their eldest son Shane signed a minor league outfield contract with the Class A affiliate of the Oakland Athletics, making him a third-generation professional baseball player.  Kyle Bosworth, an NFL player, wed Kara, his daughter.

She has an estimated net worth of $2.8 Million.

In November 1980, Keough was named Playmate of the Month by Playboy magazine. She made an appearance in “Playboy Video Magazine, Vol. 4” in 1983 and continues to make promotional appearances for Playboy.

She has listed her five-bedroom, six-bathroom home in the gated community of Coto de Caza, California, for $2.998 million, with neighbors including Tamra Judge and Vicki Gunvalson. Jeana’s custom estate is separated from the street by a long private driveway leading to a circle driveway entrance. It sits on 1.2 acres and includes a “ancient” oak tree, as well as redwoods, liquid ambers, sycamores, evergreens, apple and citrus trees, according to her. The property also includes a newly graded pool-ready yard, walking trails, and a private hill with views of Saddleback Mountain.

The living room is bright and airy thanks to the 12-foot ceilings with light beams and the Pella windows that run throughout the house’s open floor plan. Jeana’s bedroom appears to be a vacation in and of itself, with its Romanic four-poster bed and lush greenery. On the property, there is also a one-bedroom guest house with a marble tub.

What did Jeana Keough do to her face?

She decided to get a facelift in Newport Beach with renowned plastic surgeon Dr. T.Y. Steven Ip — and filmed the entire procedure for a PeopleTV special. But the procedure went well, and after a six-week recovery period, Keough was ready to show off “the new me” to her girlfriends.

In the mid-1980s, Keough appeared in a number of films and television shows. She has been credited as Jeana Tomasina or Jeana Keough as an actress. Keough was one of three muses in the ZZ Top music videos “Legs,” “Sharp Dressed Man,” “Gimme All Your Lovin’,” and “Sleeping Bag,” alongside Danièle Arnaud and fellow Playmate Kymberly Herrin.

She is one of the original cast members of the Bravo cable network’s reality show, The Real Housewives of Orange County, as Jeana Keough. She appeared as a regular cast member in three episodes of season five. Keough has appeared as a recurring cast member in season six and has made multiple guest appearances in subsequent seasons since leaving as a full-time member. Keough appeared as a client on Jackie Warner’s Bravo show Thintervention.