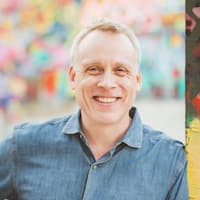 Jay Papasan is a writer and business executive from the United States. He is most known for co-authoring several top-selling books with Gary Keller, including The Millionaire Real Estate Investor and The ONE Thing, which peaked at number one on the Wall Street Journal’s list of business best-sellers.

How old is Jay Papasan? – Age

He graduated in 1987 from the Harding Academy in Memphis, Tennessee. While he was a student at the University of Memphis, his roommate pushed him to use word habits to increase the size of his vocabulary. He flew to France after receiving his degrees in both English and French and spent two and a half years working as a translator there. For the duration of his visa, he was only permitted to work a total of 20 hours a week. He spent his free time writing short stories. After returning from France, he enrolled at New York University and graduated from their graduate writing program with a Master’s degree.

Papasan accepted a position at New Market Press as an editing assistant after earning his degree from NYU. He next transferred to HarperCollins, where he spent a number of years as an associate editor. He began working with Esquire deputy editor David Hirshey, who had spent ten years at HarperCollins, while he was there. Papasan and Hirshey collaborated to publish Mia Hamm’s book Go For the Goal: A Champion’s Guide to Winning in Soccer and Life, which became his first bestseller.

With his wife Wendy at his side, Papasan relocated to Austin, Texas in February 2000. While hunting for work, he freelanced before becoming a newsletter writer for Keller Williams Realty. Working in numerous capacities for the business, he gained knowledge of the real estate sector and eventually found out that co-founder Gary Keller intended to publish a book. When Keller and Papasan crossed paths, the latter inquired about Keller’s knowledge of his prior employment in publishing. He showed Keller two novels that he intended to draw inspiration from while he chatted with Keller about Keller’s aspirations to create 14 books. Keller hired Papasan to assist with writing and editing their first book together after he revealed to Keller that he had in fact edited those novels while working at HarperCollins.

Together with Gary Keller, Papasan launched KellerINK in 2003. The Millionaire Real Estate Agent, written by Papasan, Keller, and Dave Jenks in 2004, was the first book released by KellerINK. The book was a best-seller on BusinessWeek. In 2005, he collaborated on a second book alongside Keller and Jenks. The book, The Millionaire Real Estate Investor, debuted on both The New York Times and BusinessWeek best-seller lists. In 2007, he continued his writing career by co-authoring FLIP: How to Buy, Fix, and Sell Homes for Profit with Rick Villani and Clay Davis.

With Keller and Jenks once more, he co-wrote Your First Home the following year. In 2009, the group co-wrote SHIFT: How Top Agents Tackle Tough Times, which was ranked as the best real estate book of the year by Nielsen BookScan. The book was also included on the bestselling lists for business in The Wall Street Journal and The New York Times. 2011 saw Papasan and Buddy Norman collaborate to produce Shift Commercial: How Top Commercial Brokers Deal with Difficult Times. HOLD: How to Find, Buy, and Rent Houses for Wealth, the third book in the “Millionaire” investor series, made its debut on USA Today’s bestseller list in 2012.

In April 2013, Keller and Papasan released The ONE Thing: The Surprisingly Simple Truth Behind Extraordinary Results, their first non-real estate book.The book topped the Wall Street Journal’s bestselling list for business books. On the bestseller lists published by USA Today and The New York Times, it was likewise a top seller. The ONE Thing was designated one of the top five business interest books of 2013 by Hudson Booksellers. In magazines like Forbes and Dave Ramsey’s EntreLeadership Review, Papasan has been profiled. The independent work of Papasan has been published in Memphis Magazine and Texas Monthly.