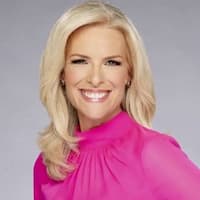 Janice Dean is a New York City-based meteorologist, television show host, and author working for FOX News Channel as a senior meteorologist (FNC). She also works as a morning meteorologist for Fox News Channel’s FOX & Friends. In January 2004, she became a member of the network.

How old is Janice Dean? – Age

She married Sean Newman, a member of the New York City Fire Department, in 2007. Matthew Newman born in and Theodore Newman born in 2011 are their two sons.

What is Janice Dean’s annual Salary?

What is Janice Dean Worth? – Net Worth

Dean has an estimated net worth of $4 million.

What disease does Janice Dean have?

On the basis of a neurological exam, an MRI, and a spinal tap, Dean was diagnosed with MS, an unpredictable and often disabling immune-mediated disease of the central nervous system.

Dean earned an honors diploma in Radio and Television Broadcasting from Algonquin College. Janice is an American Meteorological Society member who received the AMS Seal of Approval in 2009. Dean has covered a number of devastating storms during her time at the network, including Hurricanes Harvey, Irma, Sandy, Irene, Igor, Earl, and Katrina. Dean recently contributed to FNC’s coverage of Hurricane Laura, a category four storm.

Dean is also the author of the “Freddy the Frogcaster” series of children’s books, which teaches children about the weather. Janice recently donated all of the proceeds from her book to Team Rubicon, a non-profit dedicated to disaster relief for those affected by natural disasters. Dean was the news editor and entertainment reporter for “Imus in the Morning,” which aired on WFAN-AM New York and was also simulcast nationally on MSNBC, before joining the network. Dean previously worked as a weekend on-air traffic reporter for CBS 2 New York and hosted various radio programs in Houston, Texas, including Metro Networks, KODA-FM, KKBQ-FM, and KLDE-FM, from 1998 to 2001. In 1997, she worked as an on-camera weather host for CBOT Television.

Dean began her career as a morning show co-host, reporter, and DJ at CHEZ-FM in Ottawa, Canada. She went on to work for CHUM Limited in Ottawa, Canada, where she held a variety of positions, including morning news anchor for “Breakfast at the New RO,” producer and host of CFRA’s “The Broad Perspective,” and anchor for KOOL-FM.