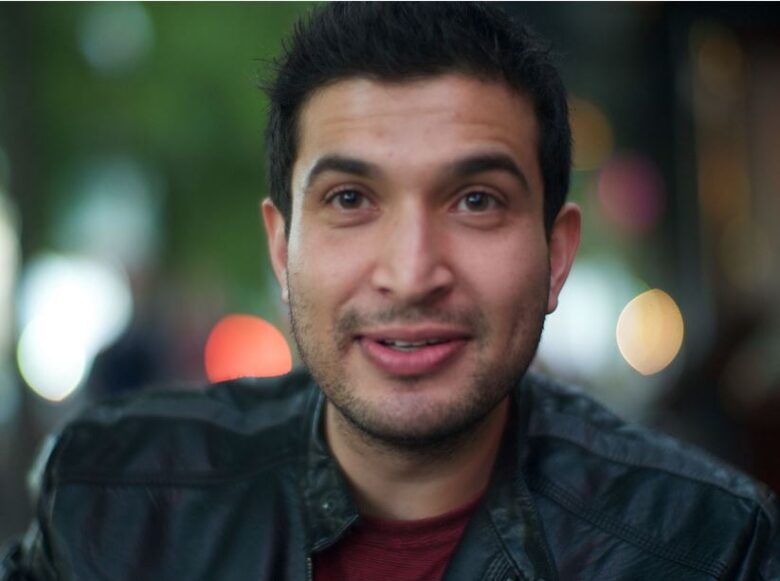 Imran Garda is a journalist, broadcaster, and award-winning author from South Africa of Indian origin. He was previously the anchor of Al Jazeera America’s Third Rail program in New York City. Garda has worked for Al Jazeera Media Network’s all-digital video news program located in San Francisco, as a senior presenter and producer. He formerly worked in Doha, Qatar, and Washington, DC for Al Jazeera English. He was also the host of the Emmy-nominated program The Stream.

How old is Imran Garda? – Age

Where did Imran Garda go to school? – Education

He has not revealed where he graduated from.

He has not revealed his relationship status.

What is Imran Garda Salary?

Garda’s salary is under review.

His net worth is estimated to be between $1-$6 million.

Garda’s media career began as a sports presenter and reporter for SuperSport in South Africa in 2002. He covered mostly cricket and football. While at Supersport, he was published as a freelance writer on politics, which included a series on Bosnia-Herzegovina ten years after the Yugoslav Wars ended.

TRT World is an abbreviation for TRT World

In October 2015, Garda joined TRT World, Turkish Radio and Television Corporation’s English-language channel, as host of The Newsmakers, an interview and debate program with “in-depth reports and strong, unfiltered debates, examining the people and the stories that are shaping our lives.” This entry was posted on July 8, 2010. In April 2016, Garda and his colleague Jerome Evans were given rare access to make a documentary in North Korea during the Pyongyang Marathon. Garda documented the challenges of doing journalism in the country.

Novel: The Thunder That Roars

In June 2014, Umuzi, an imprint of Penguin Random House, published Garda’s debut novel, The Thunder That Roars. The book was awarded the 2015 Olive Schreiner Prize for prose and optioned for a feature film. A tale of a journalist who embarks on a journey to find a missing family friend and uncovers long-held family secrets and undergoes an inward journey of his own, the book was described by adjudicators as, “South African literature [that] soars above the tortuous apartheid history and redefines globalization.” Reviewer Eric Garland called it, “[A] breathtakingly strong debut novel about the self-discovery and strained relationships of human beings in an era that defies understanding.” It was also long-listed for the Etisalat Prize for Literature. This entry was posted on July 8, 2010.

Garda has interviewed many influential people throughout his career. They include former UK Prime Minister Gordon Brown, former President of Afghanistan Hamid Karzai, US Ambassador to Iraq Christopher Hill, former Pakistan President General Pervez Musharraf, UN Humanitarian Chief Stephen O’Brien, former Israeli Ambassador to the UN Dan Gillerman, and Ukrainian President Petro Poroshenko, among many others. Garda has interviewed spokespersons and ministers from governments across the world. He has also had the opportunity to interview non-state actors from groups such as Hamas, Somali rebel groups, Chechen rebels, Uganda‘s LRA, and other designated terror groups. He has chaired panels for the World Humanitarian Summit, United Nations Human Rights Council, and Advertising Week.