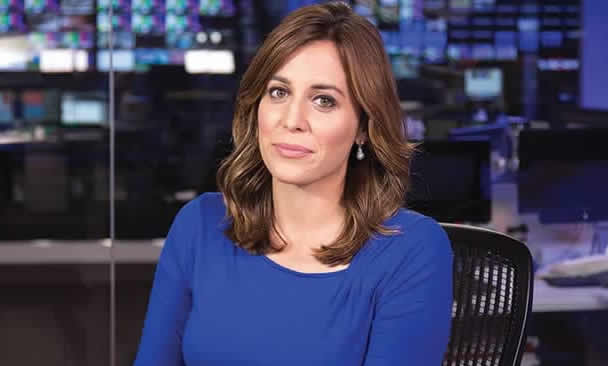 Hallie Jackson is a journalist working as a reporter and Chief White House correspondent for NBC News. She is also an anchor on MSNBC and a fill-in anchor for Today. Ms. Jackson joined NBC News network in 2014.

Hallie is the daughter of Heidi Jackson and her husband David Jackson. From Yardsley, Hallie went to Pennsbury High School for her studies, graduating in 2002. After high school, she joined college at Johns Hopkins University for an undergraduate degree in political science. In 2006, she earned her bachelor’s degree and graduated Phi Beta Kappa.

The MSNBC anchor is in a relationship with off-air reporter and producer for NBC News, Frank Thorp. In November 2019, Hallie announced that she was pregnant and her child was expected in April 2020. However, on March 9, 2020, her baby girl, Monroe “Ro” Jackson Thorp, was born at 5 pounds and 9 ounces. She was named in honor of Jackson’s great-great-grandfather.

Soon after her graduation in 2006, Hallie joined the WBOC-TV in Salisbury, Maryland, launching her life and career as a journalist. Hallie also worked at the Dover, Delaware station and remained with the network for two years. She then joined WFSB-TV and worked at their Hartford, Connecticut and New Haven stations.

In 2012, the Today fill-in anchor landed a new job with the Hearst Corporation. She was reported in Washington, D.C., reporting for their 26 stations. Hearst Corporation boosted Ms. Jackson’s breakthrough in journalism and she remained there for two years.

In 2014, Hallie joined NBC News as an embedded reporter. Luckily, after covering the presidential campaign of Ted Cruz and other assignments, she was recognized as an official reporter in full capacity. She started anchoring MSNBC Live, the 1 P.M. ET edition in the summer of 2016 on the NBC New’s daytime coverage platform. She was then named the Chief White House correspondent by NBC in January 2017. She also anchors the Today program as a fill-in.