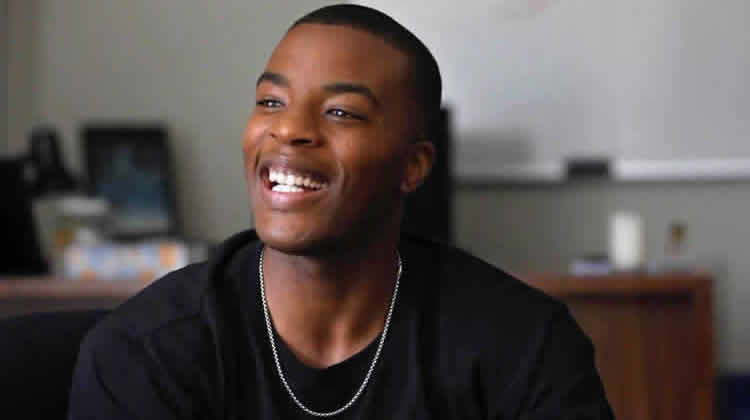 Daniel Ezra is a British actor from Birmingham, England, popularly known for his starring role in the drama series “All American” as Spencer James.

How old is Daniel Ezra? – Age

Ezra was born and raised in England though his grandparents, both maternal and paternal, were from Jamaica. Other than his roots, not much is known about Ezra’s family, whether he has siblings or not or his parents’ names. He now lives in the United States.

In 2014, Ezra made his acting debut when he appeared on the film “Murdered By My Boyfriend” in the role of Joseph. He has other minor appearances on television films before taking up a role in a National Theatre production, William Shakespeare’s Twelfth Night, as Sebastian in 2017. For this role, Ezra got a nomination for an Ian Charleson Award.

Growing up, Ezra was involved in sports, particularly basketball, hence, he was not interested in becoming an actor until he turned 18 years old. Once he joined acting, he has appeared in several BBC drama series such as The Missing and Undercover as well as A Discovery of Witches, on a recurring role.

All American is a 2018 American drama series that is mainly based on the football sport and airs on The CW. Ezra was cast for a leading role of Spencer James on the series in March 2018, marking his acting debut in the U.S.

Though Ezra is British, he portrays the character Spencer James, a young African-American man, with such finesse. He has revealed that he developed his character’s accent by listening to the late rapper Nipsey Hussle’s music. He also carried a football with him everywhere he went while in South Central Los Angeles as he learnt about the local culture and practised his accent. Ezra’s character, Spencer James, is inspired by the real life story of former NFL player Spencer Paysinger, who played football at Beverly Hills High School and is from Crenshaw, Los Angeles. Ezra also watched NFL games constantly to help him learn the rules of American football.

Michael Evans Behling is a fellow co-star of Ezra on the drama series All American, portraying the character of Jordan Baker.