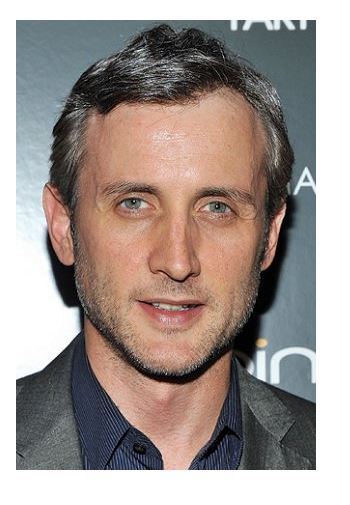 Dan Abrams is a media entrepreneur, television host, commentator, and New York Times best-selling author working as the ABC News Chief Legal Correspondent and the host of The Dan Abrams Show: Where Politics Meets The Law on SiriusXM’s P.O.T.U.S. channel. On the A&E cable network, he was the presenter of Live PD. Abrams also produced and hosts Court Cam, an A&E law&crime production. He is a legal commentator, lawyer, and Nightline’s former anchor. Abrams has served as NBC News’ chief legal reporter and consultant and MSNBC’s general manager and doubled as the same network anchor.

How old is Dan Abrams? -Age

Abrams and his sister Ronnie Abrams, who is a Judge of the United States District Court for the Southern District of New York were born to Efrat and Floyd Abrams, an attorney at Cahill Gordon & Reindel.

Dan and his wife Florinka Pesenti, who he married in 2009 have a son Everett Floyd Abrams born in June 2012. Florinka worked as Gucci’s Public Relations Officer and was the winner of the 2002 reality competition, The Amazing Race 3.

While Dan did not talk openly about undertaking any weight loss treatment, certain improvements in his body composition were found by the fans and media and that is what stopped the weight loss speculation about him. While he seems to be slimmer than before with his new appearance, he still has an extra appeal.

Dan saw a sitcom in which one character was diagnosed with testicular cancer and he went for a checkup because he was suffering from similar symptoms. He was revealed to have testicular cancer, but he was fully recovered by 2004. Dan told Live RampUp that if it were not for Sean Kimerling, a New York-based newscaster who was receiving testicular cancer treatment in the same hospital as Dan, he would have secretly suffered with it. As his way of giving back, Sean had told his father that he wanted to teach young men about testicular cancer. On September 9, 2003, Sean passed away and Dan felt an unexplained connection to him. He, however not only told his own story but sponsored the foundation set up by Sean’s family to satisfy the wishes of Sean.

Abrams worked for 15 years at NBC as a reporter for NBC’s “Nightly News,” anchor on MSNBC, and Chief Legal Correspondent for NBC News, before joining ABC News. He served as General Manager of MSNBC from 2006 to late 2007, where he presided over a period of unparalleled success, with ratings and earnings rising well over 50 percent each during his tenure. He was a member of the NBC Universal President’s Council at that period as well.

Abrams is the founder and former CEO of the Abrams Internet Network, which comprises eight famous websites: Mediaite, a platform for media news; Geekosystem, which covers tech and geek culture; Styleite, which covers beauty and fashion; Sportsgrid, which follows media related to sports and sports; Gossip Police, which investigates inaccurate reports in the celebrity gossip industry; The Mary Sue, a forum for women’s geeks; The Abrams Media Network represents almost 17 million unique visitors on a monthly basis.

A graduate of the Law School of Columbia University, Abrams is a recognized blogger. He has written posts, among many others, in the New York Times, the Wall Street Journal, Newsweek, The Yale Law and Policy Review, the Huffington Post, the Daily Beast, and Mediaite. He is the legal writer for the journal Men’s Health as well.

How much does Dan Abrams make per episode? – Net Worth