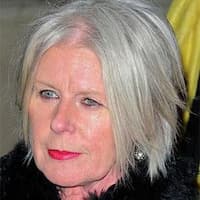 Betty Jackson, CBE is a British fashion designer who lives in London. Her success in British fashion was recognized in 2007, when she was awarded an MBE in the Queen’s Birthday Honours 1987, followed by a CBE for “services to the fashion industry.”

How old is Betty Jackson? – Age

Her father, Arthur Jackson, owned a shoe factory, and her mother, Phyllis Gertrude (Rains), shopped at Kendal Milne in Manchester “for the season.” At the age of six, one of her legs was amputated because it failed to grow due to a dislocation during her birth. A car accident added to her problems, and she has been walking with a stick ever since.

She attended Bacup and Rawtenstall Grammar Schools. She studied fashion at Birmingham College of Art under Zandra Rhodes and began her career as a fashion illustrator during her senior year of college (1971). She began her career as a designer for Ossie Clark’s Quorum line in the late 1970s.

She met her husband David Cohen. David is descended from an Egyptian Jewish family who immigrated to France. Oliver Jackson-Cohen, an actor and model, is one of their two children.

In the run-up to the September referendum on Scottish independence, Jackson was one of 200 public figures who signed a letter to The Guardian opposing it.

Jackson began working as Wendy Dagworthy’s design assistant in 1973. She progressed through positions at Quorum and Coopers before launching her own design firm. In 1986, she launched the Betty Jackson for Men collection, and in 1991, she opened her flagship store on London’s Brompton Road. She launched the Autograph collection for Marks & Spencer in 2000 and now works for Debenhams on the Betty Jackson Black label.

Jackson has been involved in the size zero’ debate as a member of an advisory panel to the British Fashion Council’s Model Health Inquiry. Following the deaths of two models with eating disorders in 2006, media attention was focused on the girls’ health and size. Jackson agreed to participate in the panel. In 2008, Jackson collaborated with a panel of judges to design new gowns for High Court and Court of Appeal judges. She has volunteered for Smart Works, a non-profit organization that provides unemployed women with free clothing and interview preparation.