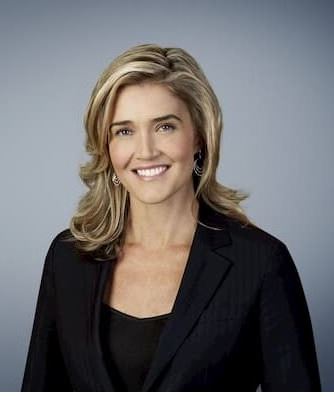 Anna Coren is an Australian journalist and former news anchor who is an international correspondent with CNN based in Hong Kong. Coren earned a communications degree from Charles Sturt University’s Bathurst campus in 1996 and worked for regional television networks Prime (12 months) and NBN (12 months) (18 months).

How old is Anna Coren? – Age

Coren, an Australian Journalist, and former news anchor was born on October 28, 1975, in Bathurst, New South Wales, Australia. She is 45 years old as of the year 2021.

Coren is married and has twins with her long-time fiance Australian hedge fund manager known as Adam Upton.

Coren after graduating from Charles Sturt University’s Bathurst campus in 1996 with a communications degree she spent time working for regional television networks prime for 12 months and NBN for 18 months. Later she was picked up by the Nine Network in 1999 and earned a spot as an on-camera reporter for National Nine News in early 2000. Coren in 2002, began presenting news updates and the National Nine Early Morning News.

Coren’s career at the seven Network began in December 2003, presenting late news updates and presenting the summer edition of Today Tonight in the place of Naomi Robson. She has since presented many one-off events such as Australia’s Brainiest Kid, 2005 Edinburgh Military Tattoo, Royal wedding Night with seven and zero-hour- The Bali Bombings.

Coren’s role at seven also involved filling- in as news program sunrise. She also presented seven’s factual series of True stories. In 2005, Coren was appointed United states correspondent for seven News replacing Mike Amor who returned to Australia to present seven 4.30 News. In this role, she appeared on the Global Notebook segment for sunrise.

During Coren’s tenure as the seven Network’s U.S correspondent, she covered the 2006 Israel-Hezbollah war from Northern Israel and the 2005 G8 summit in Gleneagles, Scotland. On 27 January 2007, Coren was appointed presenter of Today Tonight, replacing Naomi Robson who left the show on 1 December 2006. Her role as presenter of Today Tonight saw Coren become the frequent subject of satire by the presenters of the television show The Chaser’s War on Everything.

In September 2008, Coren announced that she would be leaving Today Tonight to take up a position with CNN in Hong Kong. She was succeeded by Matthew White, with Coren presenting Today Tonight for the last time on 10 October 2008. She twice received the Asian Television Award for her work on CNN’s World report.

Anna’s net worth is estimated from $ 1-5 million.