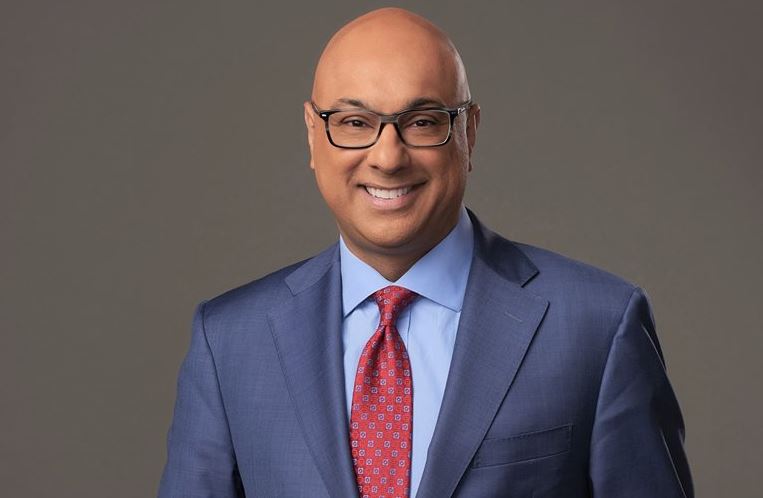 Ali Velshi is a Canadian television journalist working in the United States of America as a Senior Economic and Business correspondent for NBC News and MSNBC as well as an anchor on MSNBC. Due to his work, Velshi is based in New York City.

Prior to joining MSNBC and NBC News, Velshi was the host of a nightly primetime show known as “Ali Velshi on Target” on Al Jazeera. He is also known for his 12 years work on CNN where he was a Chief Business correspondent and anchor of CNN’s “Your Money,” a weekly roundtable business show as well as anchor of CNN International’s “World Business Today”. Another CNN show that Velshi co-hosted as the “American Morning” show.

Ali Velshi is the son of Murad Velshi, the first Canadian of Indian origin elected  to the Legislative Assembly of Ontario, and his wife, Mila, who grew up in South Africa. Velshi’s both parents operated a bakery in South Africa, but later on they moved to Kenya in the year 1960, when apartheid became oppressive. Velshi’s parents operate a chain of travel agencies in Toronto.

Velshi is an Ismaili Muslim of Gujarati Indian descent. Its known Ali’s great- grandfather, a friend of Gandhi, arrived in South Africa in the year 1893 and earned a degree in religious studies from Queen’s University in Kingston, Ontario, in 1994. Velshi married in his twenties. Velshi later in 2009, he married his second wife, New York -born hedge fund manager Lori Wachs, the president of Philadelphia-based cross Ledge Investments, whom he met when she was a guest on his show. The couple has one child together, a daughter. Velshi lives in Montgomery County, Pennsylvania.

Velshi was awarded a fellowship to the United State Congress from the American Political Science Association in the year 1996. In this capacity, Velshi worked with Lee H. Hamilton, then a Democratic Representative from Indiana. In Toronto, Velshi began his professional reporting career as a General Assignment reporter for CFTO. Velshi later on  he became a business reporter and anchor for Cablepulse 24 and its then sister station city television. Velshi in the year 1999, he joined Report on Business Television, (now BNN Bloomberg- Business News Network) Canada’s first all-business news specialty channel. Velshi hosted The business News, Canada’s first prime-time business news hour.

Velshi moved to the United State of America in September 2001, joining business news channel CNN in New York City. Velshi anchored several shows, including Insights, Business Unusual, street sweep, and Your Money, and co- hosted The Money Gang with Pat Kiernan before the new network closed down in December 2004.

Velshi being Reassigned to the main CNN network, he remained a business anchor and reporter posted initially to CNN’s early- morning program Daybreak. In 2005, Velshi hosted 13 hour- long episodes of The Turnaround, a reality television show, during which he traveled across America introducing small business owners who were facing challenges or seeking to grow there business to high-profile mentors who helped the small business owners develop a plan of success.

Velshi after the Turnaround, he was assigned to the newly launched The situation Room from 2005 to 2006. Velshi joined American Morning as business correspondent in late 2006 and then again as co-anchor in 2011. In 2008, Velshi undertook a cross-country road trip aboard the CNN Election Express, during which he travelled from Myrtle Beach, South Carolina, to Los Angeles, California, stopping along the way to discuss money issues with Americans. Velshi also spent 10 days riding the CNN Election Express through rural Texas before that state’s March 4, 2008, primaries. Tragic events during 2008 brought Velshi more airtime, including reporting. Velshi during the financial crisis of 2007-2008, he again appeared on television frequently throughout the day on shows.

On April 4, 2013, it was announced that Velshi would be leaving CNN to join AI Jazeera America to host a weekly 30- minute magazine- style prime-time program called Real Money with Ali Velshi. On May 12, 2015, the shoe relaunched as Ali Velshi on Target. This show then ended in April 2016 when AI Jazeera America shut down.

Ali Velshi in MSNBC and NBC

Velshi joined MSNBC in October 2016, with additional duties at MSNBC’s parent news division, NBC News, for which he serves as Business correspondent. Velshi was appointed as a fill-in host of The Last Word with Lawrence O’Donnell on Friday edition. In December 2019, Velshi was moved to weekend morning with his own show called simply simply as Velshi. Velshi continues to substitute for other hosts in the weekday evening lineups

How much is Ali Velshi worth? – Net Worth

Ali Velshi has an estimated net worth of $5 million.