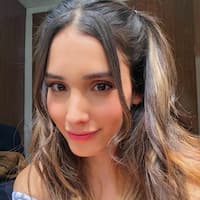 Zión Moreno is a model and actress from the United States. She is best known for her roles in the Netflix series Control Z and the 2021 HBO Max reboot of Gossip Girl, as well as her role in Melanie Martinez’s film K-12.

How old is Zión Moreno? – Age

Moreno was born to Mexican parents in El Paso, Texas; her mother is from Chihuahua and her father is from Monterrey. She grew up in Albuquerque, New Mexico, and her family spoke Spanish.

She uses she/her pronouns on Instagram. She is a trans woman who began transitioning while still in school; during this time, she faced bullying from her peers.

She appeared as Luna La, a transgender student, Julien’s close friend, and as her stylist in the American teen drama streaming television series Gossip Girl. Because of the HBO Max streaming service’s lax standards, “Gossip Girl” will have more adult content than the original on The CW. The show will also be more diverse, with non-white leads and LGBT characters. It takes place in the same world as previous characters and can be freely referenced and potentially reappear, but it features a different cast of characters from a different perspective.

She appeared as Isabela de la Fuente, transgender student and former girlfriend of Pablo in the Mexican teen drama streaming television series Control Z. She was the most popular girl at school and was liked by many boys, but when it was revealed that she was transgender, she was harassed by several students and dumped by Pablo. A hacker exposes a student as transgender during an assembly at Colegio Nacional (National School), outing her and causing her panic and humiliation. The next day, the hacker reveals more of the students’ secrets, causing a slew of teenagers to turn on one another. Sofa Herrera, an introverted adolescent, attempts to figure out who this hacker is before the dirt on her becomes public.

She appaered as Fleur in the 2019 American musical fantasy horror film K-12. Cry Baby attends K-12 Sleepaway School. Angelita, her best friend, rides the school bus with her. Kelly becomes envious of Cry Baby during class after seeing her talking with her boyfriend, Brendon. Cry Baby’s abilities are activated, causing her and Kelly to levitate. Cry Baby is shown in the changing room and at the school pool, expressing her dissatisfaction with her body and addressing rape culture and victim blaming.

She is placed, topless, atop a cake, while boys steal and devour pieces against her will. Cry Baby is sent to detention after Kelly informs the principal’s son, Leo. High School Sweethearts is about a group of girls who plot to destroy their high school.