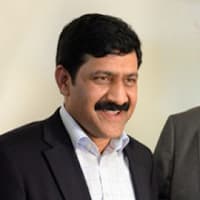 Ziauddin Yousafzai the father of Nobel Laureate Malala Yousafzai, is a Pakistani education campaigner. He is the author of Let Her Fly and is the co-founder and board member of the Malala Fund (2018).

How old is Ziauddin Yousafzai? – Age

Yousafzai was born into a Pashtun Muslim family who practiced Sunni Islam. The orator Rohul Amin Yousafzai, who was also a teacher of theology at a government high school and the Imam of the local mosque, was Ziauddin’s father.

Yousafzai is married to Toor Pekai and has two sons, Khushal and Atal, as well as a daughter, Malala. His first kid, who was born before Malala, died in infancy. Ziauddin has been seen speaking proficient English, Urdu, and Pashto in interviews with his daughter.

Let Her Fly, an autobiography written by Yousafzai, was published in November 2018. He discusses his fight for all children’s right to an equal education in his book, as well as opportunities and social and political recognition.

He urged his daughter, Malala, to speak up when she was old enough to recognize that girls were not allowed to attend school after a certain age. Instead of going to school, girls would have to stay at home and learn to cook for their brothers and fathers. He and his companion Naeem Khan were willing to teaching girls who wanted to keep learning and going to school when they began their schools after college. He supported any woman who wanted to excel in life rather than remain ignorant, as many Pakistani women do. Ziauddin was interviewed for The Agenda’s current affairs broadcast.

He also gave a TED Talk about why he encourages his daughter to advocate for women’s rights. In his address, he recalls never seeing his sisters’ names printed on paper as a child, and going to school while they were all forced to stay at home. His advocacy has been influenced by these truths.

He has an estimated net worth of 1.87 million.