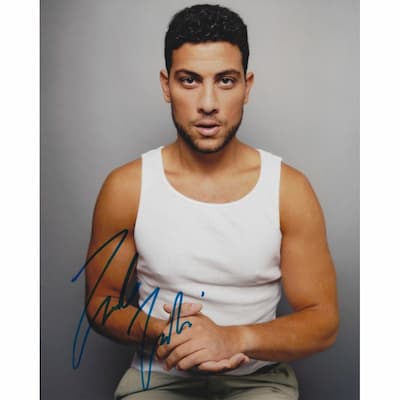 Zeeko Zaki is an Egyptian-born American actor best known for his roles on Dick Wolf’s FBI, in Six and 24: Legacy and in Valor.

How old is Zeeko Zaki? – Age

Zaki arrived in the United States with his parents when he was one month old. Zaki’s maternal grandparents arrived in the United States before him and his parents. His extended family remained in Egypt, and Zaki spent his childhood summers in his hometown. He was raised in West Chester, Pennsylvania. His mother owns a salon, and his father works as a stylist. Zaki has a brother and a sister as younger siblings.

He is said to be dating Sam Schneiter, who is a content creator and artist.

The series focuses on the inner workings of the Federal Bureau of Investigation’s New York office. In major cases, this elite unit brings all of their talents, intellect, and technical expertise to bear in order to keep New York and the country safe. Special Agent Maggie Bell, who was born into a multigenerational law enforcement family, is deeply committed to both the people she works with and those she protects. Her partner is Special Agent Omar Adom “O. A.” Zidan, a West Point graduate from Bushwick who worked for the DEA for two years before being recruited by the FBI. Special Agent in Charge Dana Mosier, who works under extreme duress and wields undeniable command authority, is in charge of them.

Kristen Chazal is a brilliant analyst who was hired right out of college and can piece together the big picture faster than anyone else. Kristen transfers to Dallas, Texas, at the start of Season 3 and is replaced by Tiffany Wallace, a former NYPD officer, and White Collar Division agent. Following Mosier’s retirement, Isobel Castille takes over as team supervisor.

The show follows the members of the FBI’s Fugitive Task Force, which is led by Supervisory Special Agent Jess LaCroix, a skilled tracker and profiler. Kenny Crosby, a former Army Intel vet whom Jess mentored; Sheryll Barnes, an ex-NYPD detective; Hana Gibson, the team analyst; Clinton Skye, a marksman with a law degree and Jess’ brother-in-law; and Ivan Ortiz, a former LAPD gang officer who worked for the FBI’s counterterrorism unit. They work together to track down and apprehend dangerous fugitives on the FBI’s Most Wanted list. The show differs from its namesake in the following ways: On Most Wanted, the identity of the suspect is usually revealed at the beginning of the episode. The primary focus of the show is the Manhunt, as opposed to the FBI, which focuses on the investigative aspect of law enforcement.