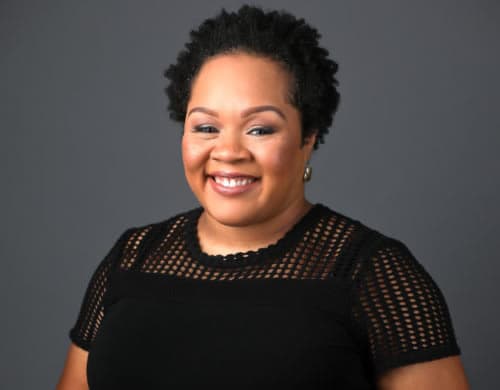 Yamiche Alcindor is a journalist working as a White House correspondent for the PBS NewsHour in the United States of America. She is also an NBC News and MSNBC political contributor. In her journalistic career, Yamiche has worked with several media outlets in her home country such as The New York Times as well as with the USA Today, both times as a reporter. She is known for her written work on social matters and politics.

The PBS NewsHour White House correspondent is either 33 or 34 years old. He exact year of birth is not precise but her birth date lies between 1986/1987. She was born in Miami, Florida, U.S.

Born in Miami as Yamiche Léone Alcindor, she is the daughter of two Haitians who lived and raised their daughter in Miami. Her family roots makes her a Haitian-American and she is fluent in French-based Haitian Creole.

Yes, Ms. Alcindor is a married woman. In 2018, she married fellow reporter Nathaniel Cline. Cline is a digital producer and an award-winning reporter. The couple held a private wedding ceremony in Virginia. They reportedly met at a reporters’ meet and began their relationship in 2014. In 2016, they got engaged and two years later tied the knot.

The beginning of Yamiche Alcindor’s Career

At the young age of 16, in 2005, Yamiche began reporting professionally, interning for the Miami Herald. Prior to this, she had been an intern also for a local African-American newspaper, the Westside Gazette, while she was in high school. She joined Georgetown University after her high school studies and studied for a bachelor’s degree in English and government studies alongside a minor in African-American studies. She graduated from the institution in 2009.
As a student, Yamiche was a member of the Alpha Kappa Alpha (AKA), an African-American sorority established by women of African-American heritage in college. In 2006, she interned at The Seattle Times while in 2007, she was an intern (again) at the Miami Herald. In 2008, she moved to the Botswanan newspaper, also as an intern, and in 2009, she was with The Washington Post.
Yamiche talks of the contemporary reporting of Emment Till’s lynching as well as the late Gwen Ifill, an African-American journalist, as her inspiration for wanting to become a civil rights journalist. She worked towards her vision and even enrolled in a master’s program at the New York University and in 2015, she received her master’s degree in “broadcast news and documentary film-making”.

Yamiche Alcindor slammed by President Donald Trump for her question

Previous to the attempt by Alcindor to ask the President a question, he had an interview with FOX News Sean Hanity where the president said, “I don’t believe you need 40,000 or 30,000 ventilators. You go into major hospitals sometimes, and they’ll have two ventilators. And now, all of a sudden, they’re saying, ‘Can we order 30,000 ventilators?”