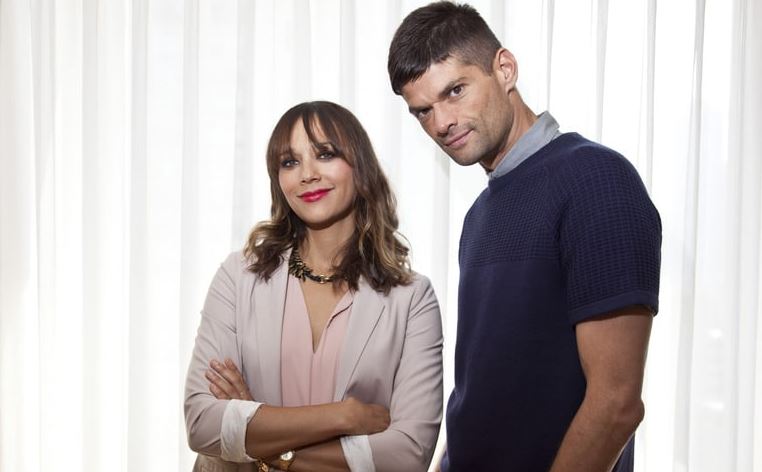 Will McCormack is an actor, television producer and writer from the United States of America. He is known for his recurring acting role as Robert O’Connor, an FBI agent on ‘In Plain Sight’. Will is also a co-writer of the 2019 Pixar animated film, ‘Toy Story 4’, which he wrote alongside fellow writer Rashida Jones.

How old is Will McCormack? – Age

Born in New Jersey as William Joseph McCormack Jr., Will is the youngest child and only son of William McCormack Sr., a car dealership and ice cream parlor owner and Norah Magdalene Ross, a clinical therapist. He has two older sisters; lawyer, professor, and judge serving as Chief Justice of Michigan since 2019, Bridget Mary McCormack (born in 1966) and actress Mary Catherine McCormack (born in 1969). The McCormacks lived together as a family until 1990 when their parents got a divorce.

Will attended and graduated from Trinity College in Hartford, Connecticut.

Yes, McCormack is married to Grown-ish actress Emily Arlook. McCormack and Emily regularly appreciate each other on their social media pages and can be spotted out together too. However, they are not so public about their family life.

McCormack’s key television roles include appearing as Jason La Penna on The Sopranos (1999–2001). More recently, he played the role of Leo Spiller, brother of lead character Lucy Spiller (Courtney Cox), in the FX series Dirt. He also played a recurring role as the FBI agent in the television drama In Plain Sight, which stars his older sister, Mary.

In 1996, McCormack appeared on Broadway at the Criterion Center Stage Right as a member of the ensemble in a revival of the drama play Summer and Smoke (1948) by Tennessee Williams, produced by The Roundabout Theatre Company. He has also appeared in two Off-Broadway theatre productions, Chinese Friends and The Long Christmas Ride Home. On January 18, 2018, it was announced that Toy Story 4 would be written by Stephany Folsom, replacing the original writers, Rashida Jones and McCormack, who withdrew from the project in November 2017.

Will McCormack’s Films and TV Shows