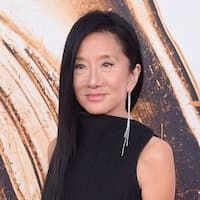 Vera Wang is a fashion designer who is Chinese-American. She has dressed everyone from Michelle Obama to Ariana Grande in her iconic wedding collections and red carpet designs.

How old is Vera Wang? – Age

She was born to Chinese parents who immigrated to the country in the mid-1940s. Her mother, Florence Wu (Wu Chifang), worked as a translator for the United Nations, and her father, Cheng Ching Wang (Wang Chengqing), owned a medicine company and was a graduate of Yanjing University and MIT. Kenneth Wang is Wang’s only sibling.

Wang began figure skating at the age of eight, spending the summers in Denver with Peter Dunfield and Sonya Klopfer and the rest of the year with the Skating Club of New York. She trained with pairs partner James Stuart in high school and competed in the 1968 U.S. Figure Skating Championships. Faces in the Crowd, published in Sports Illustrated on January 9, 1968, featured her. She entered the fashion industry after failing to make the US Olympic team. She attended Friends Seminary, Chapin School, the University of Paris, and Sarah Lawrence College, where she earned a degree in art history.

Who is Vera Wang married to? – Husband

She married investor Arthur P. Becker in an interfaith Baptist and Jewish ceremony in June 1989. They have two daughters who were both adopted. The couple announced their divorce in July 2012.

How much is a Vera Wang wedding dress?

Vera Wang Bridal Collection has a starting price of $2,900. The Luxe Collection begins at $6,900 and includes additional customization options.

She has an estimated net worth of $650 Million. Forbes ranked her 34th on the list of America’s Richest Self-Made Women in 2018.

In 1990, she opened her own design salon in New York City’s Carlyle Hotel, which features her signature bridal gowns. She has since opened bridal boutiques in New York, London, Tokyo, and Sydney, as well as fragrance, jewelry, eyewear, shoes, and homeware collections.

On February 11, 2011, David’s Bridal introduced “White by Vera Wang.” Bridal gowns range in price from $600 to $1,400. Wang debuted her home fashion line, The Vera Wang China and Crystal Collection, in 2002, followed by the 2007 release of her diffusion line, Simply Vera, which is sold exclusively by Kohl’s.

Wang collaborated with Men’s Wearhouse in spring 2012 to offer two tuxedo styles in both retail and rental areas of their inventory. In June 2012, she expanded into Australia with the opening of “Vera Wang Bride Sydney” and her first Asian flagship store, “Vera Wang Bridal Korea,” led by President Jung Mi-ri, in Gangnam-gu, Seoul’s upmarket neighborhood Cheongdam-dong.

Nancy Kerrigan, Michelle Kwan, Evan Lysacek, and Nathan Chen are among the figure skaters who have worn Wang’s costumes at the Winter Olympics. Wang was inducted into the United States Figure Skating Hall of Fame in 2009 for her work as a costume designer in the sport. She designed the Philadelphia Eagles Cheerleaders’ uniforms.

Her book Vera Wang on Weddings was published on October 23, 2001. She was named Womenswear Designer of the Year by the Council of Fashion Designers of America (CFDA) in June 2005. Wang received the André Leon Talley Lifetime Achievement Award from the Savannah College of Art and Design on May 27, 2006. Wang’s evening wear has been worn by many celebrities on the red carpet, including Viola Davis at the 2012 Academy Awards and Sofia Vergara at the 65th Emmy Awards. In 2013, she received the Council of Fashion Designers of America Lifetime Achievement Award. Wang signed a deal with Kohl’s, a department store chain, in 2006 to produce a lower-priced line of ready-to-wear clothing called Simply Vera exclusively for them.

Vera Wang returned to the New York Fashion Week runway on September 10, 2019, after a two-year hiatus during which she only presented her collections through films, for her Spring/Summer 2020 fashion show, which celebrated her brand’s 30th anniversary. Godfrey Deeny described the show as a “notable collection by one of the few New York designers with a truly distinctive fashion DNA,” while Bridget Foley described Wang’s creations as “Beautiful, seriously designed clothes, presented with gutsy panache.” The show, however, was marred by several major footwear malfunctions, particularly during the finale when four models fell down, including Fei Fei Sun, who fell twice in a row, prompting chief fashion critic Vanessa Friedman to declare, “In 2019, no woman should be tortured by what she wears.”