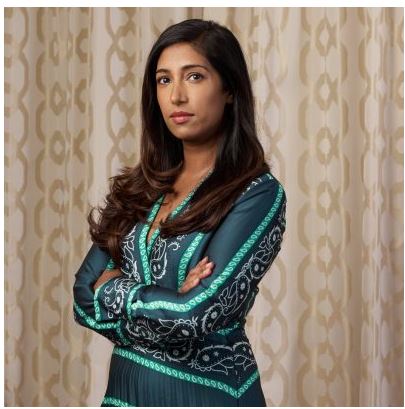 Tina Daheley is a British TV and radio journalist, newsreader, and presenter working for the BBC. She reads the news on Zoë Ball’s Radio 2 Breakfast Show and often contributes to discussion during the show. In the BBC News at Ten and BBC News at Six, she is a relief presenter as well. In 2019 Daheley became Points of View’s spokesperson.

How old is Tina Daheley? – Age

Where did Tina Daheley go to school? – Education

She attended Ealing’s Ellen Wilkinson School for Girls. She earned a Bachelor’s degree in computer science from Brunel University and a Master’s degree in journalism from the University of Leeds.

Daheley was raised in a Sikh household in Perivale, West London. She is the daughter of Parminder and Charanjit Daheley, first-generation Indian immigrants who grew up in Nairobi and Tanzania, and instilled in her the importance of having a good job. Her father works for Barnet Council as an MOT tester. She was brought up alongside her brother Jagdeep.

Daheley is in a relationship with Kane William -Smith, founder of comedy ticket selling site Joke Pit. They got engaged in January 2018 and they are currently expecting a baby.

Her net worth is $1 million.

Daheley joined the BBC in 2007.
She has presented television coverage of women’s football and co-presented the BBC Three political discussion show Free Speech, alongside Rick Edwards. Daheley has also presented the 60 Seconds news on BBC Three, E24 on the News Channel, and Revealed (BBC Two’s Switch Zone). She is the former host of the 1Xtra news show, the flagship news program for BBC Radio 1Xtra.
She was the sports newsreader on BBC Radio 1’s The Chris Moyles Show from February 2010 until the show ended in September 2012.
She went on to host the news, sport, and weather bulletins for Radio 1 Breakfast with Nick Grimshaw from 24 September 2012, until she left Radio 1 on 10 August 2018. Since July 2016, Daheley has been a relief presenter on BBC Breakfast and Victoria Derbyshire.                  In September 2016, Daheley became one of the main presenters of Crimewatch, alongside Jeremy Vine.
On Tuesday 29 May 2018, Daheley made her debut on the BBC News at Six and on Sunday, 8 July 2018, Daheley made her debut on the BBC Weekend News and the BBC News at Ten, anchoring the corporation’s flagship evening news program for the first time.
In July 2018, the BBC published updated salaries of its best-paid presenters, and Daheley was included in the list for the first time.
The corporation named on-air presenters earning more than £150,000 in 2017–18. Daheley was listed as earning between £150,000–£159,999 during that year. In January 2019, Daheley joined BBC Radio 2 to become the newsreader on The Radio 2 Breakfast Show when Zoë Ball took over as presenter from Chris Evans.