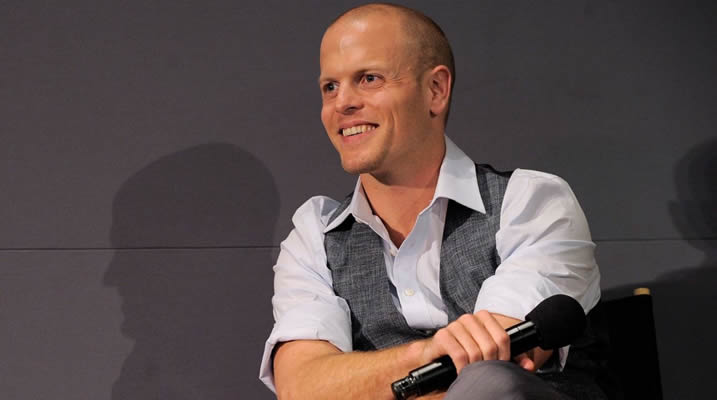 Tim Ferriss (full name: Timothy Ferriss) is an American podcaster, book author and entrepreneur. He is the founder of BrainQUICKEN which was later renamed to BodyQUICK. He is also a #1 New York Times best-selling author with such books as The 4-Hour Chef, Tribe of Mentors: Short Life Advice from the Best in the World and 7 other books under his name.

Growing up in East Hampton, Ferriss went to school at St. Paul’s School, Concord, New Hampshire and after his graduation, he joined Princeton University. He graduated from the institution in 2000 with a degree in East Asian Studies.

After graduating from Princeton, Ferriss got a job as a salesman at a data storage company. While still working at the company, Tim founded an internet-based nutritional supplements business known as BrainQUICKEN in 2001. He managed his company until 2010 when he sold it to a London-based private equity firm, and it was known as BodyQUICK by then. He has often said that his first book, The 4-Hour Workweek is based on this time.

After selling his company, Ferriss ventured into podcasting. He hosts his own podcast called The Tim Ferriss Show which covers such topics as morning routines, personal and character development, meditation habits of celebrities, sportspeople and CEOs. Occasionally, he also talks about practices like venture capital, writing, acting/movies and metaphysics.

Tim Ferriss as an Entrepreneur

Ferriss likes to invest in startups and also offer advice to the businesses. Some of the organizations he has been an angel investor as well as advisor to businesses like Shopify, StumbleUpon, DailyBurn, Posterous, Evernote, Reputation.com, Trippy, and TaskRabbit. He has also invested in Uber with pre-seed money and also acts as an advisor to the company. Uber was co-founded by Garrett Camp who is also the founder of another company he used to advise, StumbleUpon.

Ferriss raised $250,000, in 2013, in a timeframe of less than an hour and made an investment in Shyp by forming a syndicate on AngelList. He ended up raising over $500,000 through his backers and the company raised $2.1 million in total. Unfortunately, Shyp shut down and laid off all its employees in 2018. Ferriss was noted as one of their “Notable Angel Investors” by The New York Times while CNN named him “one of the planet’s leading angel investors in technology.”

In 2015, Ferriss announced that he was taking a long break in investing, citing a feeling his impact was “minimal in the long run”, the stress of the work as well as his plan to spend time on his writing and media projects. In 2017 he stated one of the reasons he moved from Silicon Valley was that “After effectively ‘retiring’ from angel investing 2 years ago,” he had no professional need to be in the Bay Area.

Ferriss ventured into publishing by starting an audiobook publishing business known as Tim Ferriss Publishing, in November 2013. The first book published was Vagabonding by Rolf Potts. The publishing venture has seen the publishing of other books like The Obstacle Is The Way by Ryan Holiday, Daily Rituals by Mason Currey, and What I Learned Losing A Million Dollars by Jim Paul and Brendan Moynihan.

Since he began writing books, Ferriss has five books to his name. They are:

The renown angel investor made a pilot called Trial by Fire that was aired on History Channel in December 2008. In the pilot, he had to try and learn a skill that takes years to acquire in exactly one week. He practised the Japanese art of horseback archery which is known as yabusame. He also wrote a TV series titled The Tim Ferriss Experiment that premiered in December 2013 on HLN.

In the series, Ferriss tries learning punishing skills like surfing, Brazilian jiu-jitsu, foreign languages and professional poker, in record time. In 2017, he hosted the television show Fear{Less} with Tim Ferriss. In the show, he interviews industrialists on innovation and success.

Over the years, Ferriss has become a well-known individual and has used his position to raise funds to boost psychedelic studies at institutions such as Johns Hopkins University School of Medicine. One of his well-known donations was made in 2016 when he gave out $100,000 to research psychedelic drugs for the treatment of major depression.

How much money is Tim Ferriss worth?

Mr Ferriss has an estimated net worth of about $100 million. He has worked with several well-established companies such as Uber, Facebook, Twitter, and Evernote, as well as having some of his books being featured on USA Today, the New York Times, and The Wall Street Journal.