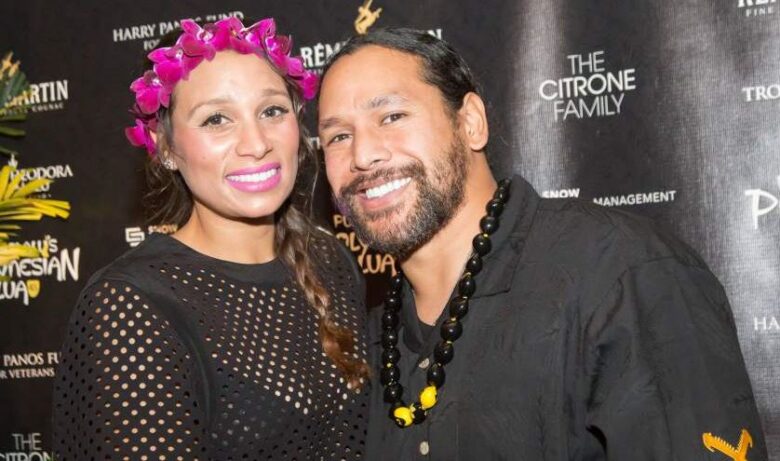 Theodora Holmes is Troy Polamalu’s wife, a famous NFL football player who played for the Pittsburgh Steelers throughout his 12-year sports career. Theodora is also the daughter of former University of Michigan football player Mike Holmes.

How old is Theodora Holmes? – Age

Troy Polamalu’s wife’s age is not clearly known as details of her birth date are hard to come by. However, she was born in San Diego, California and has Greek descent, thus making her a Greek-American.

Theodora comes from a family of football players with her father, Mike Holmes, being a former player at the University of Michigan and her two siblings; brothers Alex Holmes and Khaled Holmes play football too. Oldest brother Alex is a former NFL tight end player while Khaled plays in the center position and is a free agent as of the time of writing this article. The Holmes’ matriarch is known as Katina Holmes.

Theodora and all her siblings attended the USC, where she met the person she would later marry, his name, Troy Aumua Polamalu. Polamalu is an American retired NFL football player of Samoan descent. Theodora and Polamalu were first introduced to each other by Theodora’s eldest brother, Alex Holmes. They began their relationship from there and soon, Polamalu got drafted to Pittsburgh. In 2003, Theodora moved closer to her boyfriend and in  2004, their engagement took place. Finally, in 2005, they tied the knot in accordance to the Greek Orthodox religion and have been together ever since.

She together with her husband take part in numerous charity initiatives to give back to society. These include charity organizations like The Harry Panos Fund that was set up in honor of Theodora’s grandfather who served in the World War II and FOCUS North America that focuses on helping the needy, among others.

The Harry Panos Fund, named after Harry Panos who served as an artilleryman in the Okinawa and Saipan battles during WWII, was set up by Theodora and her husband Polamalu. What acted as an inspiration for them to begin the initiative were the tales of what the experience was like for Panos.

One of the fund’s priorities is supporting younger veterans, many with horrific injuries, who have returned from service in their areas of deployment. Further, it concentrates on supporting US foreign war veterans, who are struggling with health issues and/or financial problems.

All these was further fueled  after Troy visited wounded soldiers at Walter Reed Hospital, in 2006, and he became actively involved in supporting Iraqi and Afghan veterans. He was influenced by the courage of a young woman, about the age of 18 or 19, who had lost her limbs in a battle in Iraq.

As a family, Theodora and Polamalu continue to take part in charity work.