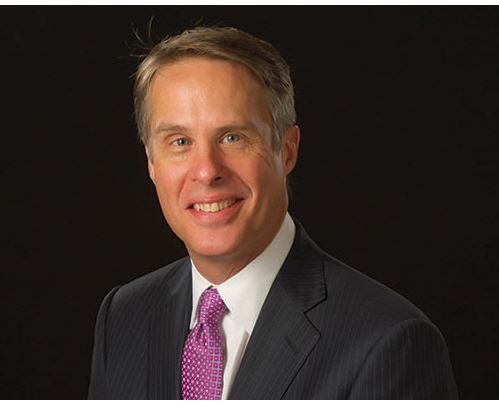 Terry Moran is a journalist from the United States working as the Chief Foreign Correspondent and the co-anchor of the “Nightline” of ABC News. He has led the program’s distinguished coverage of several news events over the last few years at “Nightline.”

How old is Terry Moran? – Age

Moran has been married twice. He is married to Johanna Cox, a former journalist at Elle magazine and a Chinese language linguist and China intelligence analyst. The couple engaged in 2015 and has three children. He was previously married to Karen Osler in the late 1980s and had a child.

Moran has led the Obama administration’s coverage of Nightline and the extraordinary 2008 presidential campaign. Dating back to 2006, he held nine one-on-one interviews with Barack Obama. Moran has written widely for “Nightline,” from abroad, covering the conflicts in both Iraq and Afghanistan. Moran underwent DNA tests in March 2009 to figure out if he was bearing Alzheimer’s disease-related genetic markers that run in his family. When the Supreme Court handed down its landmark decision on the rights of the captives, Hamdan v. Rumsfeld, he was at Guantanamo Bay, and he wrote on the case and its impact on all ABC News programs.

Moran traveled to Bolivia in May 2012 to interview an American man who, following allegations of money laundering, was detained and uncharged by the authorities. The crooked justice system which exists in Bolivia and the anarchy that exists inside an unguarded prison were exposed in his study. Moran posted on the escalating drug war that has taken the world to the brink of anarchy, from Ciudad Juarez, Mexico. In 2013, Moran had a rare glimpse from inside Syria’s war-torn nation and wrote on the fighting in Damascus’ turbulent capital.

For “Nightline” Moran covered several big domestic news reports. For six years, he was the Chief White House reporter for ABC. When Hurricane Katrina slammed ashore in 2005, he was on the Gulf Coast. He has interviewed a wide variety of actors, musicians, and journalists. In 2006, he was rewarded for excellence in presidential reporting on deadlines by the White House Correspondents Association. For his work covering and anchoring the one-hour ABC News documentary, ‘Out of Control: AIDS in Black America’ in 2007, he received the George Foster Peabody Award. Moran was appointed World News Tonight Sunday anchor in 2004, a role he held until joining Nightline in 2004.

Moran covered the presidential bid of Vice President Al Gore. He was ABC News’ primary reporter assigned to the U.S. The Court Supreme. He traveled to the Balkans to cover up the war and its troubled aftermath in Kosovo. He was a correspondent and anchor for Court TV before joining ABC News. Moran was a reporter and assistant managing editor for Legal Times before joining ABC. He received critical praise for his nightly coverage of the O.J. Simpson’s murder trial and Erik and Lyle Menendez’s trial.

He earns an annual salary of $250 Thousand. His net worth estimation is still not revealed.