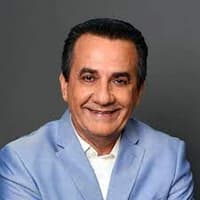 Silas Malafaia is a Pentecostal pastor, author, and televangelist from Brazil with a degree in Psychology. He is the pastor of the Assembly of God Victory in Christ (Assembleia de Deus Vitória em Cristo) Pentecostal church, which is part of the larger movement of Pentecostal churches in Brazil.

How old is Silas Malafaia? – Age

He is married to Elizete Malafaia. The coupe has three chidren; two daughters Thaisa Malafaia and Thalita Malafaia and a son Silas Malafaia Filho.

According to Forbes magazine, his total net worth is estimated to be $150 million in 2013. However, he denied the information in the talk show De Frente com Gabi, where he stated that his wealth was in the R$6 million (approximately US$1.6 million) range.

He is also the CEO of the Central Gospel Music publishing company and the vice president of the Interdenominational Council of Evangelical Ministers of Brazil, which includes approximately 8.500 ministers and leaders from nearly all Brazilian evangelical denominations.

Malafaia was born in the Brazilian city of Rio de Janeiro. He is well-known for his political work and strong opposition to the social promotion of homosexuality and the Abortion Law, as well as his defense of the Prosperity theology. In the 2012 elections, he was the evangelical political canvasser for So Paulo city council candidate José Serra, and he assisted in the election of 24 mayors and 16 city councilmen across seven states. Malafaia campaigned for Aécio Neves to be elected President of Brazil in 2014. Malafaia supported eventual winner Jair Bolsonaro in the 2018 election.

Malafia, regarded as a staunch conservative, is a divisive and contentious figure in Brazil. He is frequently accused of inciting hate speech because of his strong opposition to same-sex marriage and abortion. His detractors accuse him of being a bigot and a homophobe, both of which he denies.