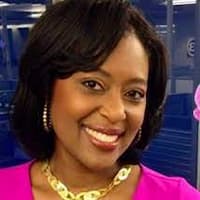 How old is Sharron Melton? – Age

She was born in San Antonio, United States. Her age is not known.

In Houston, Miami, Mobile, Alabama, and Roswell, New Mexico, she worked as a television anchor. “Sharing the Sugar with Sharron,” a worldwide YouTube and podcast show that interviews people about the value of giving back to their communities has been her host and executive producer.

She formerly worked as a Morning Anchor for KTRK-TV in Houston, as a Weekend Anchor/Reporter for WSVN-TV in Miami, and as a 5 pm Anchor and Education Reporter for WPMI-TV in Mobile, Alabama. She also worked for KOBR-TV in Roswell, New Mexico, as an anchor, reporter, and producer. She even worked for the Agriculture Communications Network in Texas as a radio reporter.

Sharron has received multiple awards for her efforts in the broadcast industry. The South Florida Black Journalists Association gave her the Outstanding Feature Story Award, while the Press Club in Mobile, Alabama gave her the Best Feature Reporting Award. She has also received the Alabama Education Media Award and the Outstanding Newscast Award from the New Mexico Broadcasters Association.

Sharron serves on the Girl Scouts of San Jacinto Council’s Board of Directors and the Women of Wardrobe Steering Committee with Dress For Success Houston. She is also a member of the International Women’s Forum and the National Association of Black Journalists, as well as a former member of the Family Counseling Center of Mobile, Alabama’s Board of Directors. Sharron devotes much of her free time to volunteer charity work.