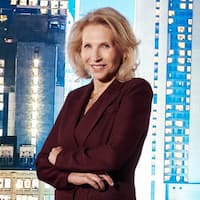 Shari Redstone is an American media executive with a diverse history in the entertainment industry and related businesses. She is the non-executive chairwoman of Paramount Global and the president of National Amusements; she was previously the vice-chairwoman of CBS Corporation and Viacom.

How old is Shari Redstone? – Age

Redstone was born into a Jewish household and is the sister of Brent Redstone. She is the daughter of Phyllis Gloria Raphael and Sumner Redstone. Michael Redstone was her grandfather, and he was the creator of National Amusements, which today owns the majority of the Redstone media empire. In 1975, she earned a bachelor’s degree in science from Tufts University. She graduated from Boston University School of Law with a J.D. in 1978 and an LL.M. in 1980. Before joining National Amusements, she practiced business law, estate planning, and criminal law in the Boston region.

Rabbi Ira A. Korff, whom Redstone married and divorced, had three children with him: Kimberlee Korff Ostheimer, a lawyer at The Legal Aid Society. She earned her law degree from the Benjamin N. Cardozo School of Law after graduating from the University of Pennsylvania in 2004. Brandon Korff is a real estate developer who graduated from George Washington University in 2006. Tyler Korff is a lawyer and rabbi who obtained his law degree from Brooklyn Law School after graduating from Maimonides School and Columbia University in 2008. Until two years after their divorce, her ex-husband was president and director of National Amusements.

Shari receives $456,130 in total salary from ViacomCBS Inc as Non-Executive Chairman of the Board. At ViacomCBS Inc, 14 executives are paid more, with Robert Marc Bakish receiving the highest pay of $22,829,156.

She has an estimated net worth of $3 Billion.

She has been the president of National Amusements, one of America’s top 10 movie exhibitors, since 1999. Redstone has increased the company’s international reach and its research and development of new technologies. While at National Amusements, Redstone entered the Russian theater business in 2000, providing patrons with access to high-end luxury theaters. In 2010, Redstone and her partners bought the theaters they had built and founded Rising Star Media, of which she was chairman, which became the country’s best-grossing cinema chain. Rising Star Media was eventually sold to Russian theater operator Cinema Park by Redstone and her partners in 2011.

In 2007, Redstone and her father had a public spat over corporate governance and the movie chain’s future. Sumner’s stock is in irrevocable trusts that will be bequeathed to his grandchildren, according to documents made public as part of a settlement from his first divorce.

In 2011, Redstone co-founded and became a managing partner of Advancit Capital, LLC, an early-stage media, entertainment, and technology investment platform. She is also co-chairman of MovieTickets.com, Inc., and a member of the National Association of Theatre Owners’ Board of Directors and Executive Committee (NATO). After questions about her father’s mental fitness arose, he resigned as CBS executive chairman on February 3, 2016. Shari Redstone was then offered the role of the non-executive chair by CBS’s board, but she declined. Les Moonves has been named Chairman of CBS, succeeding Sumner Redstone. “My father’s Trust states his intention that I succeed him as (non-executive) Chairman at CBS and Viacom, and also names me as a Trustee after his death,” Redstone said in 2016 when he was vice-chairperson of CBS and Viacom and president of National Amusements (the controlling shareholder of CBS and Viacom).

She picked Les as the CBS chair because she wanted the chairs of each company to be “not a Trustee of my father’s trust or otherwise enmeshed with Redstone family concerns.” Viacom’s board of directors named Philippe Dauman, who was previously the CEO and president, chairman on February 4, 2016, despite Shari Redstone’s wishes. The Wall Street Journal reported on January 17, 2018, that Shari Redstone was pushing for CBS Corp. to merge with Viacom, as well as accumulating candidates for new CBS board members. Shari Redstone was named head of the board for the reunion of CBS and Viacom as ViacomCBS, which is now known as Paramount Global, according to the Associated Press on August 13, 2019.