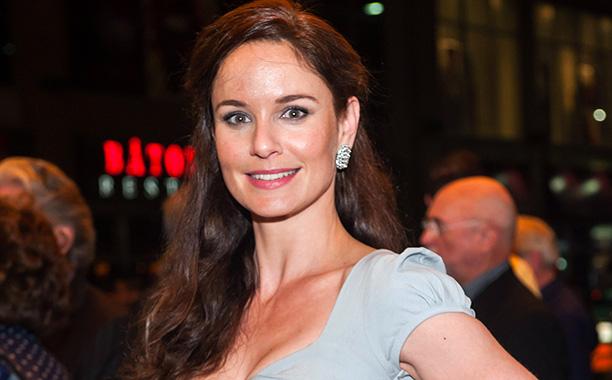 Sarah Wayne Callies is an actress from the United States of America who is popularly known for her starring roles in the series “The Walking Dead” as Lori Grimes and “Prison Break” as Dr. Sara Tancredi. She also appeared in “Colony” by USA Network as Katie Bowman and in “Council of Dads” on NBC as Robin Perry.

With a passion in acting from her young days, Callies participated in school plays while she attended the independent Punahou School. In college at Dartmouth College, Sarah was still involved in theatre as se also studied and later on joined the National Theatre Conservatory for a Master of Fine Arts degree which she obtained in 2002.

Callies comes from the family of Valerie Wayne and David L. Callies. Both of her parents were professors at the University of Hawaii, Manoa. She is of German, Czech, and Jewish ancestry. Her family had moved and settled in Hawaii when she was one.

Who is Sarah Wayne Callies married to? – Husband

Since July 21, 2002, Callies has been married to American martial artist and instructor Josh Winterhalt. The couple met at Dartmouth College during their studies and soon began their relationship. After dating for sometime, they walked the aisle and got married.

Sarah Wayne and her husband are parents to two children. Their first-born, a daughter by the name Keala Winterhalt, was born in 2007. Their second child is adopted son Oakes Wayne who was born in 2013.

Growing up in Hawaii, Callies moved to New York in 2003 to start her career in acting. Luckily, she landed her first role in the short-lived CBS show “Queens Supreme” as Kate O’Malley. Her first big role was in the film Tarzan as Detective Jane Porter.
Other appearances by Callies included being a guest on Law & Order: Special Victims Unit, NUMB3RS, and Dragnet.

During the cast auditions for Fox’s Prison Break series, Callies showed up to audition for a role and is said to have been the first one the producers saw for the role of Sara Tancredi. She was given the role and went on to be become the first principal cast member of the series. She appeared in seasons 1 and 2 then in 4 and 5. She acted as the daughter of Frank Tancredi, the Governor, and the prison doctor at Fox River. As the series progresses, her character grows a liking towards the character of Michael Scofield (played by Wentworth Miller), aids his escape from prison and joins him on the run.

In The Walking Dead

Just before the start of the filming of the AMC horror series ‘The Walking Dead’, in 2010, Callies auditioned and got the role of Lori Grimes. She played her character from the beginning of season one to season three.

How much is Sarah Wayne Callies worth? – Net Worth