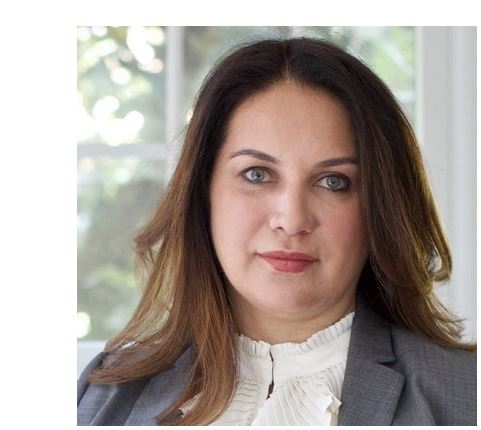 Rukmini Callimachi is a journalist and correspondent who is Romanian-American. She is currently employed for The New York Times. Rukmini is a journalist who focuses on Islamic extremism, such as Al Qaeda and the Islamic State. She has uncovered ISIS’ institutionalization of sex slavery and linked child labor in Senegalese gold mines to Swiss banking.

How old is Rukmini Callimachi? – Age

Where did Rukmini Callimachi go to school? – Education

She went to The Oak Grove School and The Thacher School in Ojai, California, in the United States. She received her bachelor’s degree from Dartmouth College and a master’s degree in linguistics from Exeter College, University of Oxford.

Due to her family’s ties to Indian theosophist Rukmini Devi Arundale, founder of the Kalakshetra Foundation in Chennai, India, Callimachi was given the name “Rukmini.” She and her mother and grandmother fled Romania during the communist government, first to Switzerland, then to the United States.

Rukmini is married to Mikhael Lafarge. Although the pair is happily married, it is unknown if they have children.

What is Callimachi Salary?

Callimachi became a freelance writer in New Delhi, India, after publishing some poems, including for Time magazine. She started working for the Associated Press in Portland, Oregon, in 2003. She spent a year in New Orleans chronicling the aftermath of Hurricane Katrina before joining the Associated Press as a West African reporter in Dakar, Senegal, in 2006. She spent her time there looking into child trafficking in West and Central Africa, for which she was awarded a Pulitzer Finalist in International Reporting in 2009.  Callimachi later became known for her work on extremism, and was again named Pulitzer Finalist in 2014 for “her discovery and fearless exploration of internal documents that shattered myths and deepened understanding of the global terrorist network of al-Qaida.”                                        Callimachi was recruited by The New York Times in 2014. Her work on Islamic radicalism earned the New York Times a Pulitzer Finalist award as part of a collective entry in 2016. In 2016, Callimachi received the inaugural International Center for Journalists’ Integrity in Journalism Award for her “extraordinary contribution to uncovering crimes against humanity,” as well as other honors. Callimachi was moved to the New York Times in 2020 and will no longer cover terrorism.                       Caliphate is a serialized audio documentary that follows Callimachi as she reports on the Islamic State and the stories of Abu Huzaifa al-Kanadi, a man who claimed to have murdered people while fighting for the Islamic State but has since returned to Canada and is living freely. That year, the podcast received a Peabody Award in the radio/podcast category. “[f]or dissecting the potency and persistence of the ISIS terror movement, via relentless on-the-ground and internet research, and creative use of podcast storytelling,” she was named a Pulitzer Finalist for her work on Caliphate. In May 2018, the reliability of Huzaifa’s story had received concerns from television journalist Diana Swain of CBC News, who suggested that he may be “lying” to The New York Times. In September 2020, the Canadian Abu Huzaifa whose real name was Shehroze Chaudhry was arrested by Royal Canadian Mounted Police (RCMP) and charged under Canadian hoax laws for fabricating his story on social media of traveling to Syria and joining ISIS, which was covered by the Caliphate podcast produced by The New York Times. His case is ongoing. In response to criticism of Caliphate’s depiction of Chaudry’s story, the Times announced on September 30 that the paper would begin a “fresh examination” of the series’ reporting.