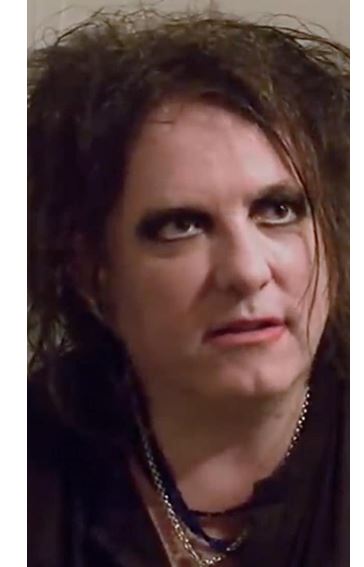 Robert Smith whose real name is Robert James Smith is a poet, song composer, musician, and record producer who is popular for being the co-creator Lead singer, drummer, multi-instrumentalist, chief songwriter, and only permanent member of The Cure’s rock band.

Smith was around 13 or 14 before he became more serious with rock music and started to play and learn frenetically. He didn’t own a guitar until December 1972 when he borrowed his brother’s Christmas guitar.

He used a gentle vocal style on the demos of 10:15 Saturday Night and Boys Don’t Weep during the earliest era of the band, and a frenetic punk style on I Just Need Myself. During the production of the band’s debut album, Three Imaginary Boys, both of those types were left behind as a third appeared. This new sound, which can be heard on most of that period’s final versions of songs, became the signature sound of Smith, which he normally abandoned during the Seventeen Seconds era.

He is the son of Alex Smith and Rita Smith. He has three siblings; His brother Richard Smith and two sisters Janet Thompson and Margaret Smith.

He is married to Mary Theresa Poole. The couple met in drama class at St Wilfrid’s at the time Smith was 14 years old. They married on 13 August 1988 and smith dedicated his song “Lovesong” to her as a wedding gift. The couple has no children. Smith said that he opposed having children because he not only objects to being born but refuses to force life on others. Smith also said that he did not feel responsible enough to bring a child into the world.

Due to his personal reasons and for his security, pictures of his house are not found. He lives in the south-coast village.

Smith has an estimated net worth of $25 million. He has accrued his wealth from his career as a singer, songwriter, musician, and record producer.

In the early 1980s, at the same time as the Goth subculture took off, Smith started exporting his signature and cult look of smeared red lipstick, eye-liner, pale skin, disheveled black hair, black clothing, and creepers. Smith, however, denies any credit for this movement and says it is a coincidence that the trends are identical, saying that when he was young, he wore makeup and claiming that “it is so pitiful when ‘Goth’ is still branded with The Cure’s name.

Throughout his career, Smith’s songwriting produced a variety of styles and themes. Others include punk metafiction (“So What”), surrealism (“Accuracy”), simplistic rock/pop (“Boys Don’t Cry”, “I’m Cold”), and poetic bits of mood (“Another Day” and “Fire in Cairo”). Others include. Smith pursued more poetic moods in subsequent decades, which were compatible with New Order and other bands of that type. In a 2000 interview, Smith said that “there is one particular type of music that I enjoy making with the Cure, an atmospheric type of music. When Smith was asked about the ‘sound’ of his songwriting, Smith said he did not “think that there is such a thing as a traditional Cure sound.