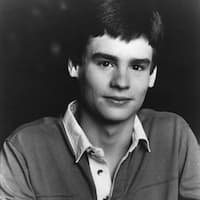 Robert Sean Leonard is an actor from the United States known for his roles as Dr. James Wilson in House and Neil Perry in the film Dead Poets Society.

He together with his two siblings Kimberly Leonard, and Sean Leonard were born to Robert Howard Leonard, Joyce P.  Leonard grew up in Ridgewood, New Jersey, and attended Ridgewood High School. He attended Fordham University before transferring to the Columbia University School of General Studies. At HB Studio, he studied theater.

He is not gay, he has been married to Gabriella Salick since 2008. The couple has two children; Claudia Leonard, born in 2012 and Eleanor Leonard born in 2009.

Why did Sean Leonard leave House?

He played his role until the series ended in 2012. He plays Dr. James Wilson, Gregory House’s best friend in the television series House. Wilson is House’s constant friend and protector, frequently deflecting their mutual boss Lisa Cuddy’s attacks. The hospital is soon thrown into disarray when a new benefactor and chairman, Edward Vogler, demands that all departments be profitable. Wilson advises House to work with Vogler, but House refuses on principle, refusing to support Vogler’s new expensive drug that replaces a cheaper drug that is nearly as effective.

Because he shares his birth name with another actor, Leonard changed his name for SAG membership, adding “Sean,” his brother’s name, as a middle name. Leonard has been nominated for three Tony Awards, including Best Featured Actor in a Play in 2001 for his performance as A. E. Housman in Tom Stoppard’s The Invention of Love. He had previously played Valentine in the 1995 New York premiere of Stoppard’s Arcadia at Lincoln Center. He was nominated for a Tony Award in 2003 for his performance as Edmund Tyrone in Eugene O’Neill’s well-received revival of Long Day’s Journey Into Night, which also starred Philip Seymour Hoffman, Brian Dennehy, and Vanessa Redgrave.

Leonard has also appeared in Broadway musical productions, most recently replacing Craig Bierko as the lead in a revival of The Music Man in 2001. In the 2011 Broadway revival of Born Yesterday, Leonard co-starred as Paul Verrall.

Leonard received positive feedback for his performance in Christopher Reeve’s 1997 television film In the Gloaming. Leonard “does a first-rate job of juggling Danny’s mixture of despair, neediness, and mordant jokiness,” according to Entertainment Weekly.